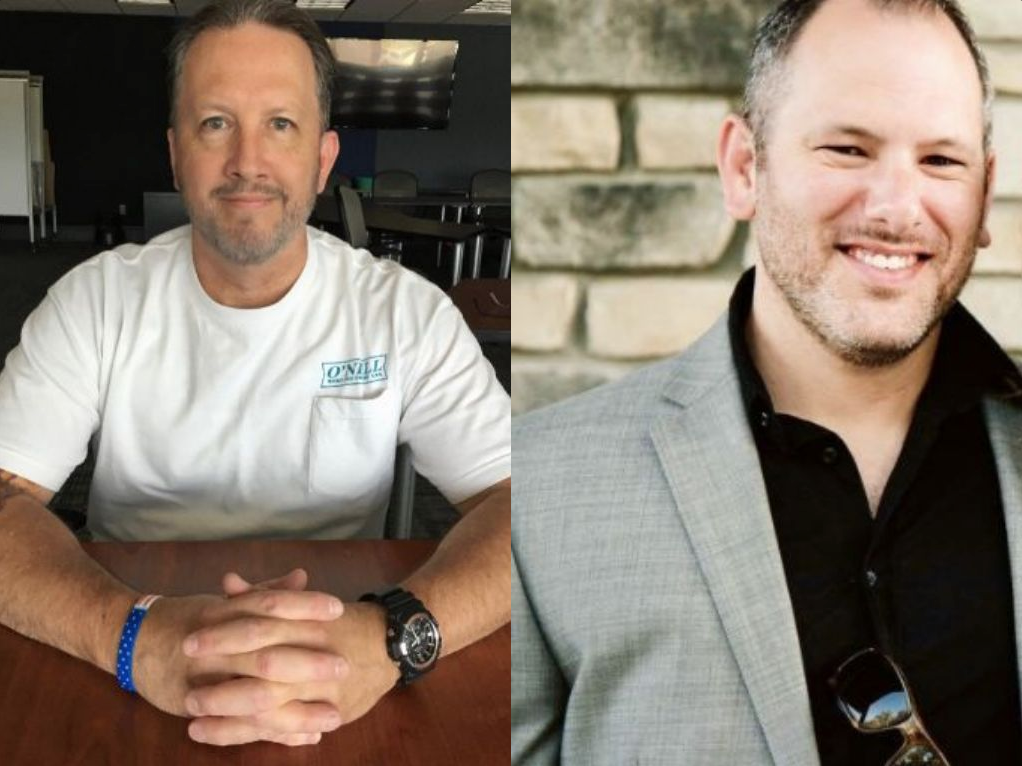 On Feb. 6, 2019, Dr. Bernard Heckman and his wife were flying their Cessna T210N (N5132C) from Montgomery County Airpark in Gaithersburg, Md., to Lake Cumberland Regional Airport in Somerset, Ky. They were on an instrument flight rules (IFR) flight plan and were flying in high terrain (037 minimum IFR altitude) with many obstacles. The weather had started to deteriorate.

A controller working the flight at Indianapolis Center (ZID) noticed the track of N5132C change to a southerly heading. When asked if he was deviating for weather, Dr. Heckman said no, and assured the controller he was correcting his course back towards Somerset (SME). But then the SME airport manager called ZID to inquire about a low-flying aircraft. She had been called by 911 operators with reports that an aircraft was flying dangerously low.

Dr. Heckman missed his approach to SME due to the weather and then seemed disoriented and was having trouble flying the aircraft. ZID controller Nick Ferro (at left in photo) assisted Dr. Heckman in identifying London-Corbin Airport (LOZ) as a suitable alternative for landing. Ferro called for fellow ZID controller Charles Terry (right), who is also a pilot, and asked him to plug in on the D-side. They soon traded places at Terry’s request. Ferro worked hard on the D-side, managing resources and helping Terry prioritize and manage the other aircraft in the sector.

Terry noticed short turns left and right followed by altitude inconsistencies. He asked Dr. Heckman if he had the aircraft on auto pilot and if it was coupled with his GPS. It was. Terry then attempted to vector the aircraft to get him established on a portion of the approach at LOZ. The aircraft was again pointed away from the airport and had a ground speed of only 49 knots.

Terry issued multiple corrective headings and a minimum altitude to maintain. Dr. Heckman seemed to be circling when he said “almost VFR, just a bit more descending to get there.” Soon after, with the aircraft at only 3,300 feet and only 31 knots, Terry declared an emergency for Dr. Heckman. “I think the 31 knot ground airspeed was an anomalous readout due to the pilot spiraling the aircraft down (the 210 stalls at 60 kts IAS [indicated airspeed] clean, with flaps and gear retracted, and 53 KIAS landing configuration),” Terry said. “While there was wind aloft affecting the ground speed, it was only 10-15 knots. After all the random turns and lack of altitude control, it was my impression that the pilot likely hadn’t gone through the landing checklist, and the most important item for the 210 is the landing gear.”

Dr. Heckman cancelled IFR flight and said he was out of the clouds. Terry called visual flight rules (VFR) conditions but Dr. Heckman’s VFR altitude was only a few hundred feet above terrain. Terry knew from experience there were many un-lit towers in the vicinity, so he stood up and correlated sectional chart information with video map location and called obstructions. “There were a few low altitude alerts issued and a low speed advisory,” Terry said.

Finally, Dr. Heckman confirmed that he had ground contact and that his landing gear was down. Terry asked that he call in to ZID so they could make sure he was safe. Soon after, the aircraft was safely on the ground at LOZ.

ZID learned later that the aircraft had some work done on the engine block heater the day before the incident. Dr. Heckman said it seemed he had popped a bolt or two loose and was sputtering oil all over the windshield. But neither problem was raised on frequency during the flight or during the phone call with ZID afterward.