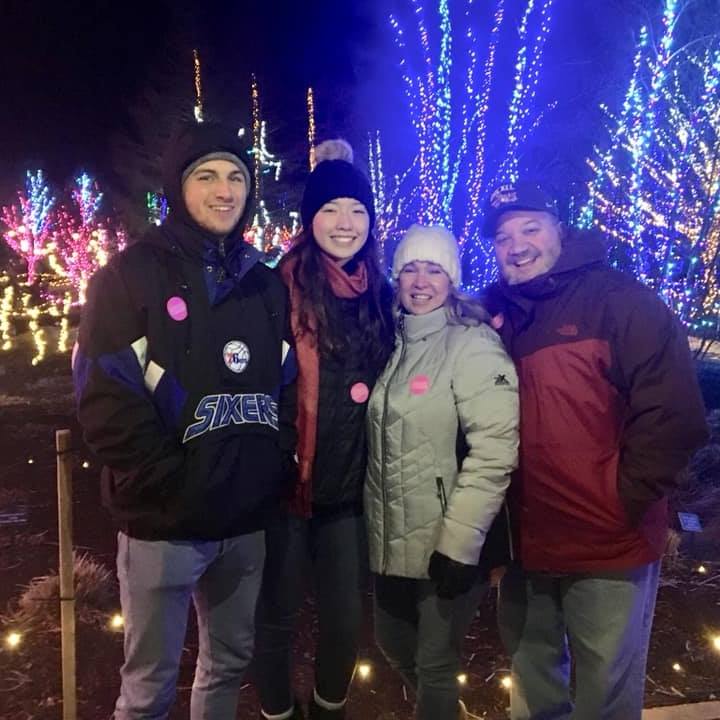 Joe Yannone (EAC) is a Senior Engineer within the Operational Support for Radars, also known as Second Level Engineering.  “We’re the cavalry after all else fails when it comes to resolving problems at radar sites,” says Yannone. He has been in the FAA for 25 years and a member of NATCA since 2001. “We in Ops Support Engineering at the Tech Center saw the light as far as needing to unionize, and with the help of Tony Nappi, our group organized and eventually consolidated into the Engineers and Architects unit,” he said. As Yannone is nearing retirement, he is reflecting on his time with NATCA, and what advice he leaves for those coming up through the ranks.

Yannone was born and raised in Philadelphia. His father was a police officer in Philadelphia for 36 years and was also involved in a union. And although his dad was not as involved with his union as Yannone is with NATCA, he says his dad was all about helping others, “and that is what our Union is all about.”

The way Yannone became involved with NATCA was simple: someone asked, and he said yes. He’s been involved in quite a few activities over the years with NATCA, including but not limited to the Region X Contract Team, an Alternate Regional Vice President, a FacRep, various workgroups, committees, and more. For the past five years, Yannone has served as the National Article 48 Rep, “yes, we are still A48 in Region X,” for Surveillance/Radar Engineering, “which means I’ve been the BS meter for my ATC counterparts, mainly with the TAMR and SBS/Fusion teams, when it comes to the technical aspects of surveillance and terminal automation.”

“Joe Yannone’s commitment to NATCA is second to none,” says NATCA Article 114 TAMR Rep Aaron Rose. “During his time as the Terminal Automation Modernization and Replacement (TAMR) Radar representative he continually fought for improvements to tracking at Southern California TRACON (SCT) and ensured air traffic reps understood how the Common Terminal Digitizer (CTD) worked. With the knowledge he provided, the correct decisions were made to ensure safety in the NAS. Joe has always strived to provide NATCA the best representation, his dedication and unselfishness always moved the Union forward. Joe will be missed by the NATCA TAMR team and anyone who had the pleasure of working with him.”

Yannone attributes his involvement throughout the years to many people. “Jim D’Agati (EGL) started it all and Mike MacDonald (ENE) reinforced it in a big way,” he said. “(National Safety Committee Chairman) Steve Hansen got me engaged on some of the safety aspects during the first year of the “Top 5,” and then my fellow Jarhead and former TAMR Lead Mitch Herrick asked me to become more involved with TAMR deployment and S804. I am humbled and honored that such awesome leaders, whom I have such great respect for, have listened to the babblings of this mad man over the years.”

Outside of work and NATCA activities, Yannone enjoys spending as much time with his wife of 20 years and their 17-year-old daughter as he can. He enjoys traveling, watching his daughter compete in volleyball or track, and taking his dogs on long walks. “The rare times I get on the golf course, I really enjoy myself, despite being really bad at the game,” he says. “The best part is spending time outdoors with friends while burning a good cigar.”

Going down memory lane, Yannone reflects on some of his favorite moments with NATCA. “The first shutdown rally at the Hill comes to mind (2013); awe-inspiring. And recently, I’ve been a major player in planning and executing the plan to increase performance out at SCT. But hands down, my favorite moment would easily be being awarded the Timmy (Tim Haines Memorial Award of Honor and Distinction) at the 2016 NATCA Convention.”

As far as advice to members wanting to get involved, Yannone suggests that you just ask. “Ask your local rep or another member who’s involved in some aspect. Don’t hesitate, just do it,” he said. “NATCA wants you to be involved. For five days a week, you spend more waking hours at work than at home. Why would you not want a say in the conditions at your facility, safety issues, or training topics? Get involved. Do it now. Stop reading this and go!”