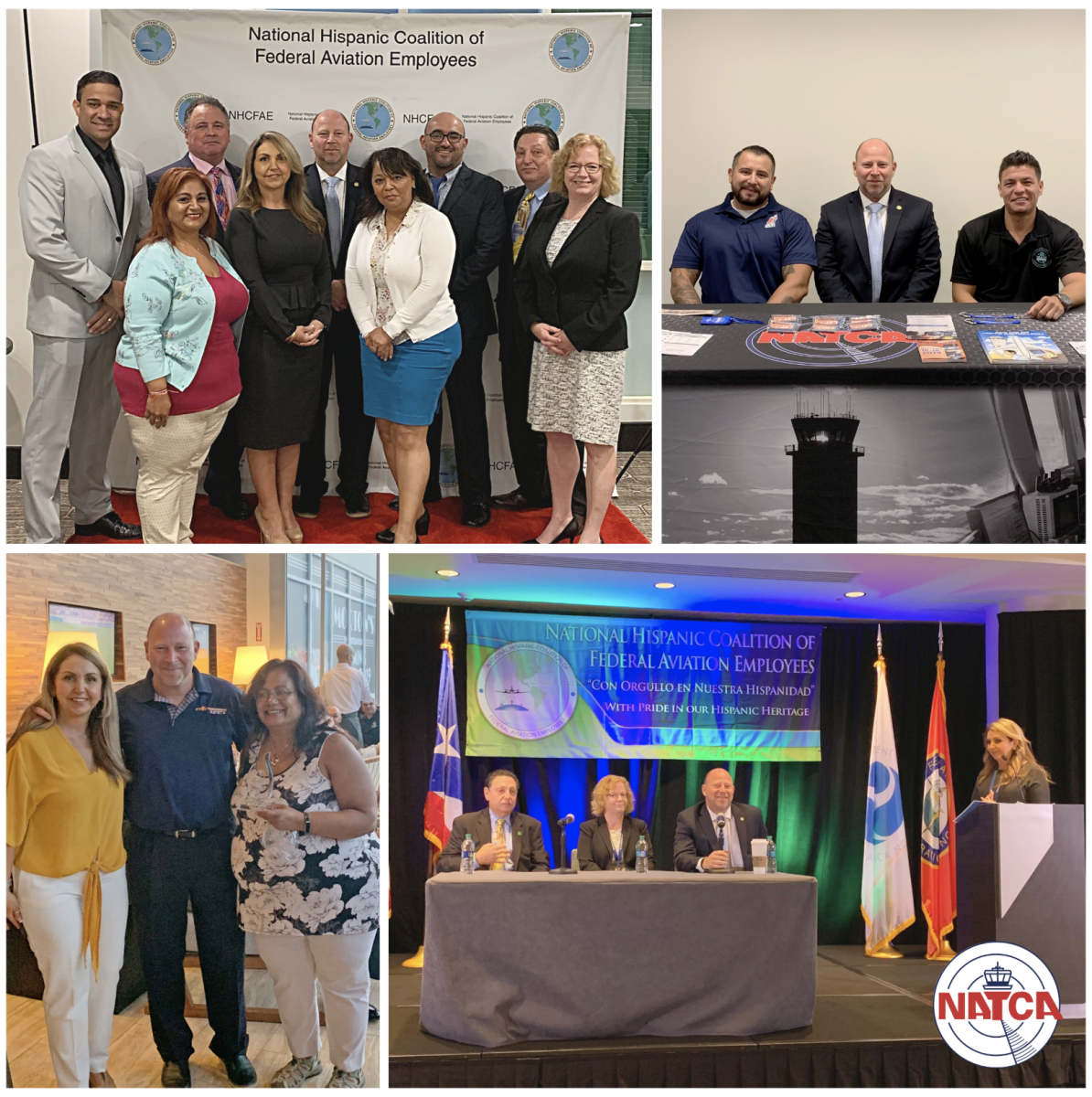 The audience of nearly 100, consisting of FAA employees from all of its organizations, heard from Rinaldi about NATCA topics related to the conference theme, “Strengthening our Resilience.” Rinaldi discussed the challenges NATCA members have faced over the past several years, to include staffing, unstable funding and shutdowns, devastating hurricanes, earthquakes, and other natural disasters.

“We call 2019 the year of January,” Rinaldi said, referring to the 35-day government shutdown earlier this year. “Putting hard working federal employees in the middle of a tug of war is unfair. We continue to work to improve the NAS to continue to be the safest airspace in the world. We have to find a way to keep funding this system if we are going to call ourselves the gold standard of aviation.”

Rinaldi also discussed challenges to building the workforce of the future, reiterating that stable funding allows the pipeline of new hires to continue flowing.

“There is no lack of interest in being an air traffic controller. That is the pipeline for the immediate future,” Rinaldi said. “But the long term future is the children. You need to get to the STEM programs. You need to let them know that they can do this. You want them to be excited about aviation.”

In addition to hiring, Rinaldi discussed the promising future that developing technologies stand to provide for aviation worldwide.

“We need to try to streamline a way to modernize quickly,” Rinaldi said. “Technology is evolving so fast. We all want the latest, greatest thing. When we focus on what the future looks like, we need to focus on where is the money to modernize our system properly so that we have those tools.”

Specifically in Puerto Rico, the advent of technologies to allow reduction of the footprint of the National Airspace System (NAS), combined with the hardship of hurricanes and outdated infrastructure, have raised new questions for NATCA and all who work in aviation. During the panel discussion, Rinaldi addressed a question from the audience about Puerto Rican facilities.

“After the hurricane here, there were a lot of emotions. People did not want to stay on the island,” Rinaldi said. “The fact is we need to upgrade the platform here on the island. We are in the middle of evaluating options, always looking at what is best for the island, what is best for the system, where are we getting the best value for the investment. But we are not close to making any big decisions yet.”

Rinaldi attested to NATCA members’ continued devotion to the safety of the NAS despite perpetual difficulties, and discussed NATCA’s legislative efforts for the coming months as our members continue to press legislators to avoid another government shutdown. “NATCA is looking at any avenue to find stable predictable funding to keep the system funded, growing, modern and the safest in the world,” he said.

As part of the conference, NHCFAE presented Rinaldi with a corporate sponsorship award in appreciation for NATCA’s commitment and support of the NHCFAE mission to provide a network for Hispanic employees of the FAA and the aviation Industry.