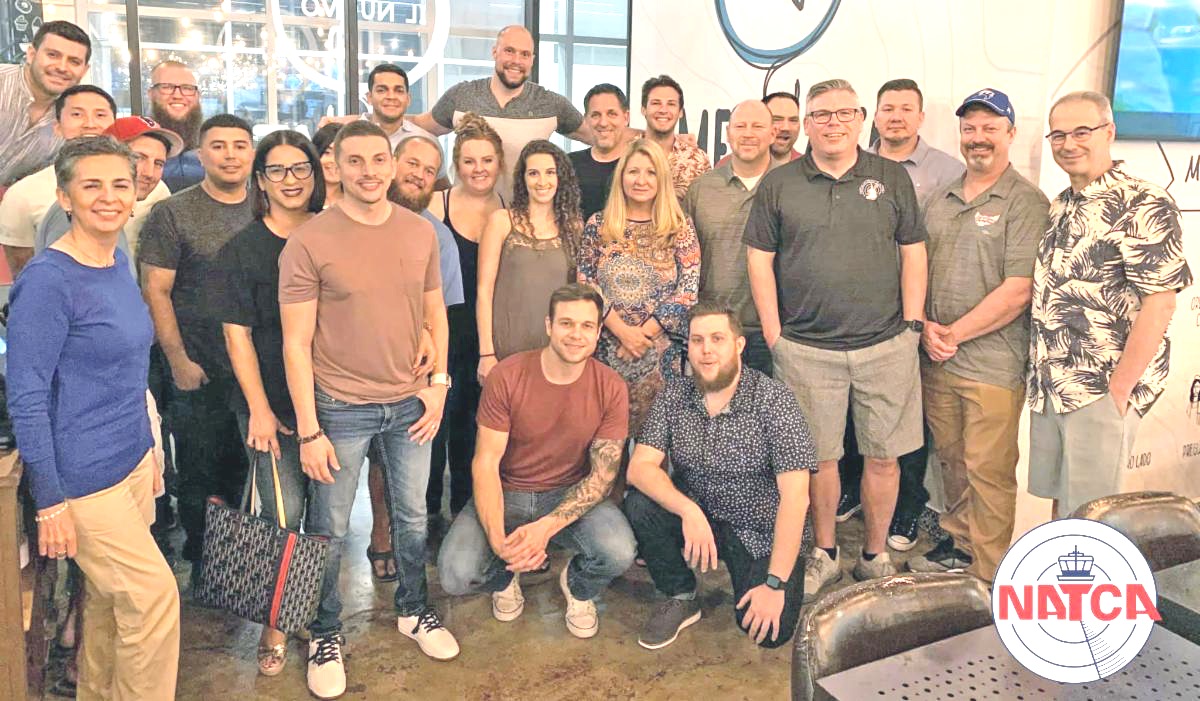 During the last week of January, NATCA President Paul Rinaldi, Executive Vice President Trish Gilbert, and NATCA Regional Vice Presidents (RVPs) gathered in San Juan, Puerto Rico for the first National Executive Board (NEB) meeting of 2020.
﻿
The gathering of NATCA leadership in San Juan presented an opportunity for the local facilities, most notably the San Juan CERAP (ZSU) and San Juan ATCT (SJU) membership, to participate in a solidarity event. A meet and greet dinner was hosted at the II Nuovo Mercato at the Mall of San Juan. “In true NATCA fashion, members from the various locals were able to introduce themselves, ask questions of the leadership, and make lasting connections,” said ZSU FacRep Woody Camp.