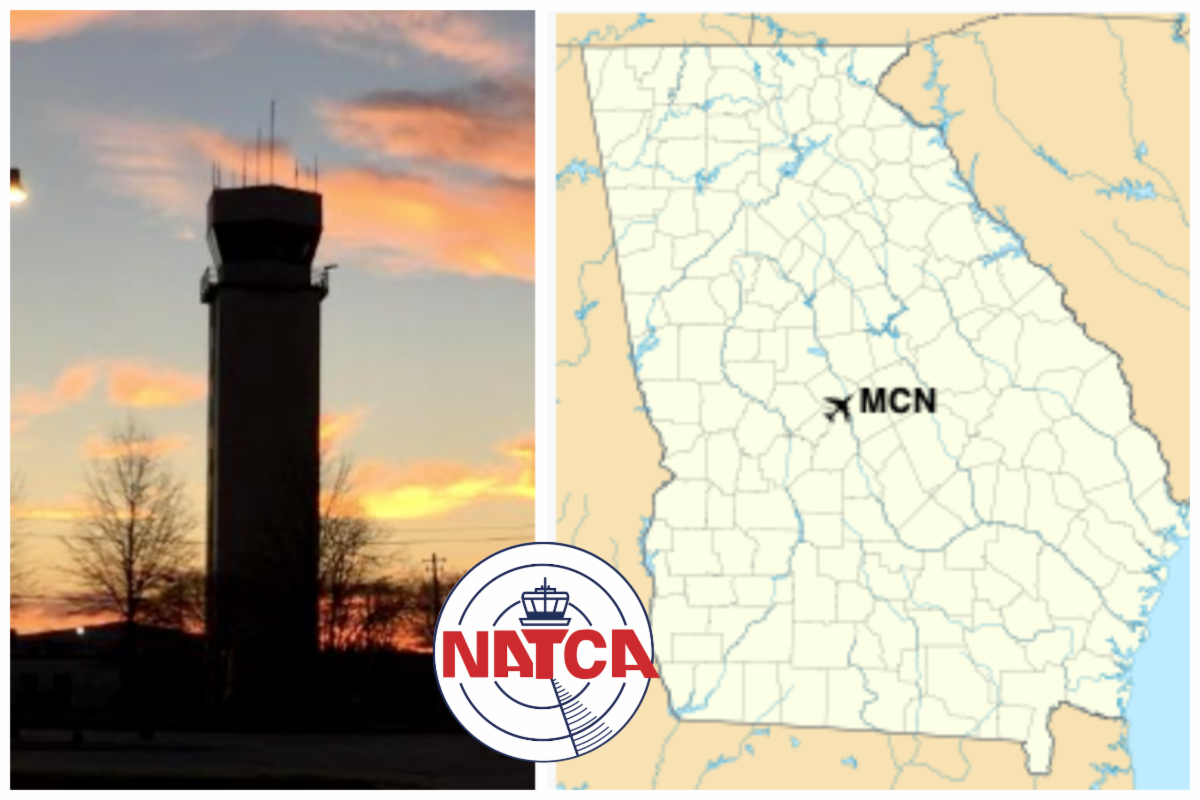 Welcoming a New Facility Into the NATCA Family: MCN

The NATCA National Organizing Committee is proud to announce the addition of a new facility into the NATCA family: the Federal Contract Tower (FCT) at Middle Georgia Regional Airport in Macon, Ga. (MCN).
“Our main reason for joining NATCA was because of the collective bargaining on pay and working conditions,” MCN air traffic controller John Williams said. “We were also interested in what NATCA has to offer regarding legal advice and services and personal representation when needed. Other reasons included health and safety concerns that may arise and equality in the workplace.”

MCN is run by Robinson Aviation (RVA), Inc. The Middle Georgia Regional Airport has a long and rich history, which dates back to World War II. In March 1940, the U.S. Army began construction on Cochran Army Airfield, which officially opened in October 1940. The base became a joint training facility for the U.S. Army Air Corp and the British Royal Air Force. In 1946, the airfield was decommissioned by the Army and turned over to the City of Macon. Today, the airport is still owned by Macon-Bibb County Government and operated by TBI Airport Management, Inc.

NATCA represents a group of air traffic control specialists that work in 111 Federal Contract Towers (FCTs) for one of four private employers: RVA, Midwest Air Traffic Control Services, RVA-CI Squared Aviation, Inc., and Serco Management Services, Inc. These contract towers tend to be smaller in size and operation, typically employing between five and 10 controllers, many of whom are retired FAA and military air traffic controllers.