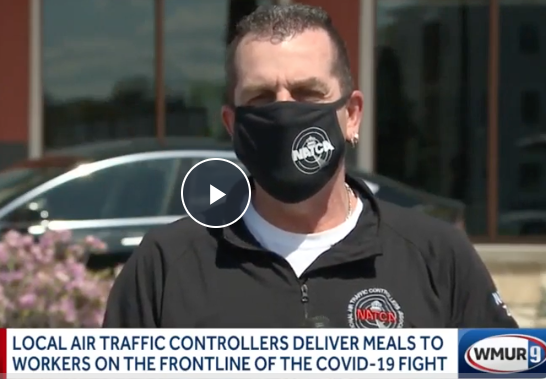 Boston Center (ZBW), Boston TRACON (A90): Members have spent the past month supporting local health care professionals and first responders on the front lines of the COVID-19 national emergency. It is part of their “Pay it Back/Pay it Forward” campaign that is allowing them to return the support and generosity shown to them last year during the government shutdown.

The campaign has reached three dozen different locations to deliver food and encouragement, with the final delivery taking place on Tuesday at Lahey Hospital & Medical Center in Burlington, Mass. Just as meaningful to the members, they have purchased the meals from a dozen local restaurants to help those businesses. Members funded the effort by raising over $12,000.

“Air traffic controllers went 35 days without knowing when we were going to be paid. Having to work, a lot of these local establishments sent food to the center, to the TRACON. So we wanted to pay it back to them,” Romani said in the story. View story