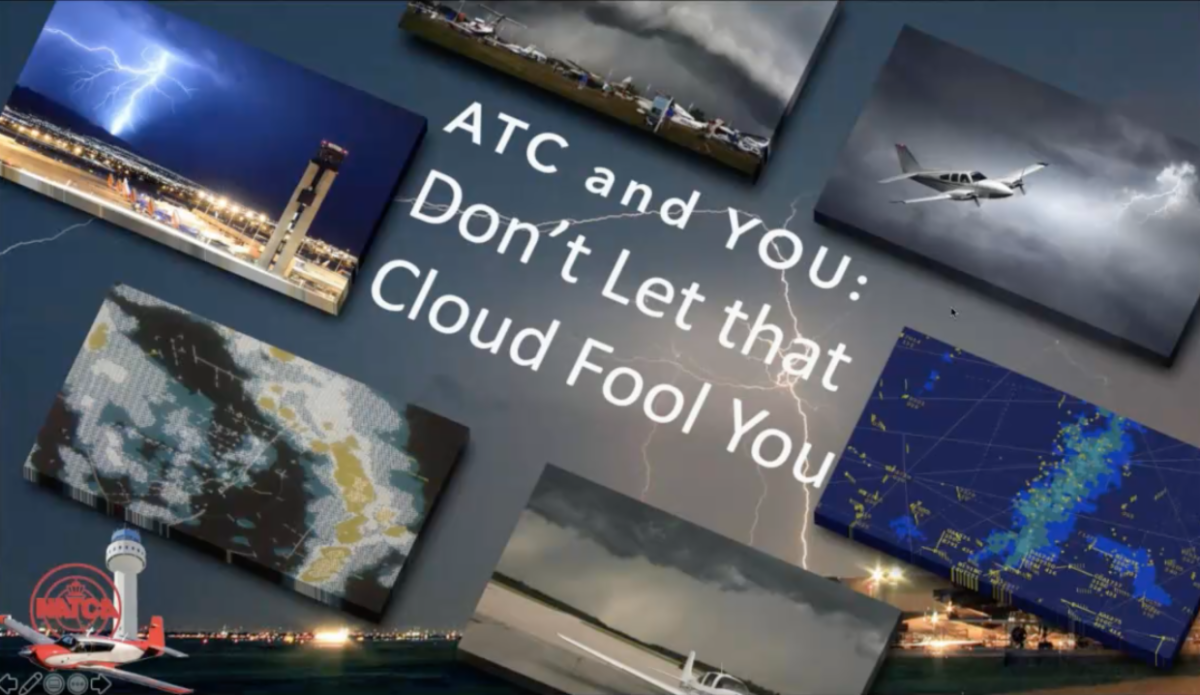 Even though the Experimental Aircraft Association’s AirVenture Oshkosh has been canceled this year, taking away NATCA’s opportunity to meet with pilots in person at the annual fly-in event, interest in pilot-controller communications – all year long – remains very high. Virtual meetings are popular, as evidenced by the more than 650 pilots who took part in last week’s EAA webinar, hosted by NATCA members Richard Kennington (Portland, Ore., ATCT, PDX) and Bob Obma (Indianapolis Center, ZID).

The webinar was called “ATC and You: Don’t Let That Cloud Mislead You.” It centered on the issue of weather as viewed from both the pilot’s and the controller’s perspective, with both having pieces to the weather puzzle, but both having their limitations. Kennington and Obma discussed what pilots can expect from controllers and how controllers can help them avoid inclement weather. Their presentation was very well received. One participant wrote to EAA, afterwards:

”Do this one again! I did not want it to end! These guys were off the charts, gave me an entirely different view of their job and how I can help them, and vice versa. As pilots, we just want to keep getting better at what we do and now I have a sense that ATC guys (also many are pilots, which I didn’t realize) have the same goal! Awesome! Removing inhibitions is key. They gave us strategies and processes that will enable us to keep out of trouble, and get out of it too. Thanks!”