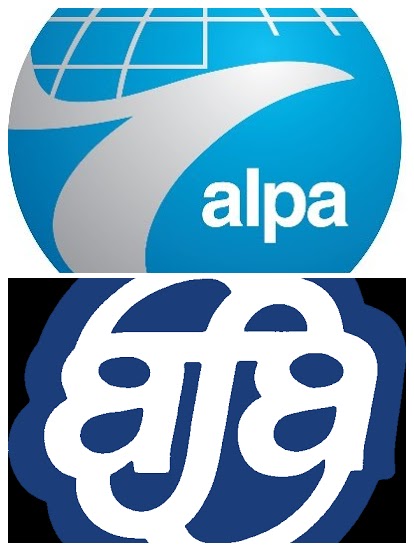 Like NATCA, other aviation unions are frequently collaborating with legislators and the federal government on ways to mitigate the effects of COVID-19 on the National Airspace System and the women and men who operate and support it. A NATCA statement about a potential second stimulus package, commonly referred to as “CARES 2.0,” noted that NATCA’s senior leadership “has been aggressively working to advocate for legislation to ensure the safest possible working conditions for air traffic controllers and aviation safety professionals who continue to go into work.”

The Air Line Pilots Association, International (ALPA) and the Association of Flight Attendants-CWA (AFA-CWA) join NATCA and other unions in continuing to fight tirelessly on behalf of the workforces they represent.
COVID-19 continues to be a threat to the entire aviation industry. Domestic demand for air travel is not expected to return until well into 2021. The pandemic is hitting particularly hard for ALPA and AFA-CWA members as they face significantly reduced flying, furloughs or layoffs, and airline shutdowns. In solidarity with our aviation brothers and sisters, learn more about what these unions are doing for their members in the face of this crisis.

The New York Times : Pilots Were Once in Short Supply. Now They’re Losing Their Jobs – Joshua Weinstein always wanted to be an airline pilot, but the industry was in crisis when he started college in 2002, so he became a middle school teacher instead. He loved that job, but after a decade of flying in his free time at a cost of tens of thousands of dollars, Mr. Weinstein began hearing more about a looming pilot shortage and left the classroom in 2018 to pursue his dream. It worked: In January, he started training to fly for ExpressJet, which operates regional flights for United Airlines. But the coronavirus pandemic, which devastated the airline business, could thin the ranks of pilots by the thousands and has already put the nascent careers of people like Mr. Weinstein on hold. “The worst part right now is that the only thing we know is that nobody knows anything,” he said. “There’s uncertainty. We just don’t know what happens next.” Read full story

Aviation Daily : JetBlue, Pilots, Ink Deal To Avoid Furloughs Until May 2021 – JetBlue Airways and its pilots struck an agreement that will remove the possibility of involuntary furloughs through May 1, 2021, the first deal of its kind at any U.S. airline during the COVID-19 crisis. While specific terms remain under wraps, the JetBlue Master Executive Council (MEC) of the Air Line Pilots Association (ALPA) alerted members it approved a letter of agreement with the company protecting them from involuntary furlough “under any circumstances” through May 1, 2021. The MEC said the deal does not make any change to collective bargaining agreement (CBA) pay rates, or “significant modifications” to work rules, describing it as “the highest level of codified pilot furlough protection in our industry to date.”

Chicago Sun-Times : Job-loss notices are coming, United says – United Airlines, its plans for a business recovery upended by a surge in coronavirus cases, has said tens of thousands of its employees could be furloughed or laid off starting Oct. 1. The airline discussed potential cuts during “town hall” meetings with employees Monday and Tuesday. Executives leading the meetings shared details of bookings falling sharply as the pandemic accelerated in the U.S. during June. Read full story