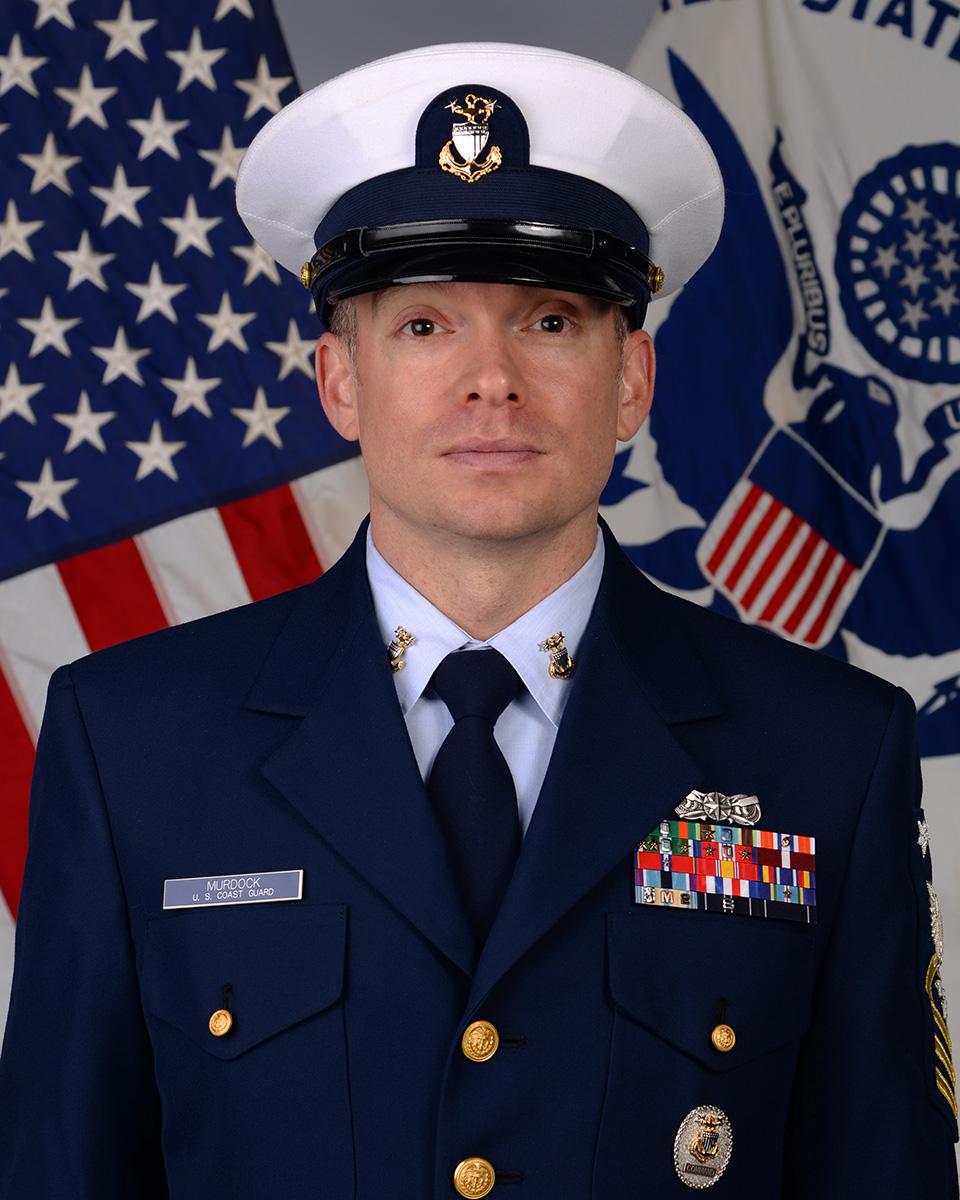 Murdock originally joined the Coast Guard for two reasons: the first was the intent of becoming a helicopter pilot. “Unfortunately, or fortunately, that didn’t work out,” he says. “I’ve actually never flown in a Coast Guard helicopter. It’s all boats all the time.” The second reason he joined the Coast Guard was because of its mission. “The Coast Guard’s domestic mission really appealed to me. I wanted to be heavily involved in search and rescue and law enforcement operations. I wanted to participate in the mission by being a pilot.”

Regardless, Murdock has served in the Coast Guard for 21 years, and continues to serve as a drilling reservist.

On Sept. 1, 2020, Murdock was advanced to Master Chief. “I couldn’t be more excited and humbled to be selected a Master Chief,” he said. “This accomplishment might be one of the things I’m most proud of. It is the pinnacle of an enlisted members career in the military. For context by law, only one percent of the force can be an E9, and there are only 65 E9’s total in the Coast Guard Reserve.”