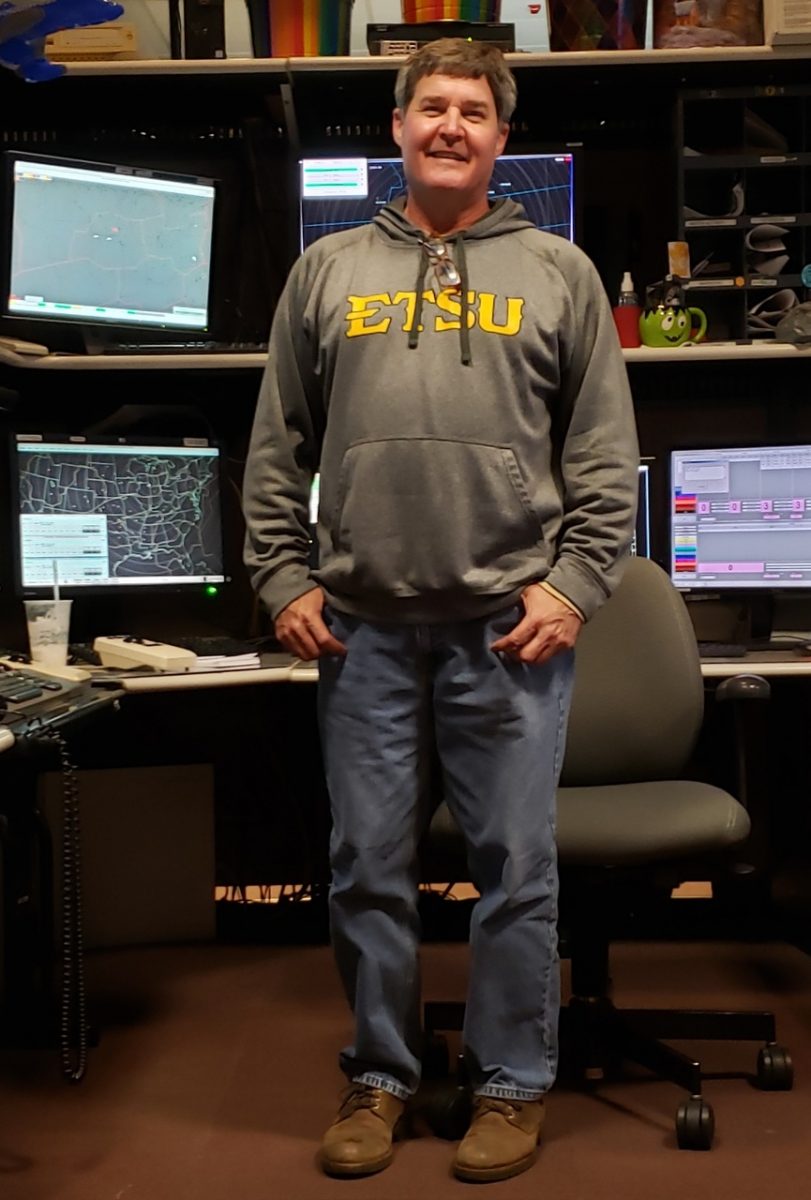 Charlie Blankenship (Chicago Center, ZAU) is one of 28 remaining charter members in our air traffic control (ATC) or traffic management unit (TMU) bargaining units. Additionally, he is one of 101 total charter members across all bargaining units that are still active members. On Nov. 30, Blankenship will retire, ending a streak of 65 straight years between his father Charles, his brother Steve, and himself as active controllers. He has been a dedicated NATCA member and never once in his 34+ year career had a break in his membership.

Blankenship’s career in ATC began in 1982 when he joined the Alabama Air National Guard while attending the University of South Alabama. After basic training at Lackland Air Force Base (AFB) and ATC school at Keesler AFB, his first assignment was at Moody AFB in Valdosta, Ga., as a tower operator, gaining his control tower operator certification. From there, he spent time at Tinker AFB for third mobility school, and at Maxwell AFB, completing proficiency training. Blankenship worked air shows from a portable tower in Evergreen, Ala., and also traveled and worked in Villafranca, Italy as an ATC liaison.

In May of 1986, Blankenship was hired with the FAA and reported to Jacksonville Center (ZJX) in September after completing his training at the FAA Academy. He filled out his application to become a NATCA member in April of 1987, prior to NATCA’s official Federal Labor Relations Authority certification date of June 19, 1987. “When I was first hired, it had been several years since PATCO controllers were fired and my thoughts were that a union was needed to help protect our interests as air traffic controllers,” he said. “That is why I signed up when I heard NATCA was being formed because a union provides representation and speaks for individual employees as well as employees as a unit.”

Within NATCA, Blankenship has served in countless roles, committees, and teams including as a DSR (design system replacement) Cadre, helping to design and coordinate the airspace that is now known as Panama Low, as an Area Rep at Memphis Center, and as a subject matter expert for various projects. “I feel a sense of security knowing I have had a union supporting me and being there for me as I navigated my career,” said Blankenship. “It gave me the opportunity to volunteer on several airspace committees and teach others how to use new equipment.”

As his career with the FAA is coming to a close, Blankenship said he has had the privilege of having a job and being involved in a union that he’s truly loved and enjoyed, from the very first day until the last. “Job security, benefits, better training, safer working conditions, and updated equipment are just a few of the many examples of what a good union, such as NATCA, can provide,” he said. “It is with pride and a little sadness that I say I will definitely miss it.”