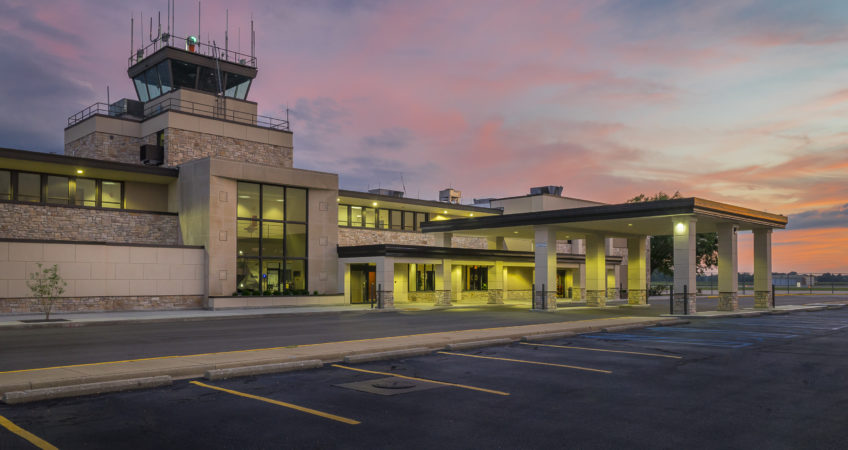 Terre Haute ATCT has 19 NATCA members, 18 of which are controllers. We are a proud 100% NATCA facility.

We are a 24/7 level 5 up down with a class Delta airspace and one towered satellite airport. Our traffic is a mix of business aviation, general aviation, student pilots and the occasional military aircraft requesting practice approaches or pattern work. There is a Federal Penitentiary in Terre Haute so we also have a weekly “Con-Air” DOJ flight. Indiana State University has a flight school based at HUF. They currently have 15 aircraft and are regularly adding more to the fleet. We also routinely see flight training aircraft from Purdue University and Lift Academy. We seem to be a popular spot for aircraft requesting practice ASR approaches as well. Our satellite airport, Bloomington FCT, is located near Indiana University, home of the IU Hoosiers. Bloomington can be very busy with IFR arrivals when the Hoosier’s have a home game, especially against other BIG TEN teams.

In 2018 the Terre Haute Airshow returned featuring the Blue Angels, the F-22 Demo Team and many more performers. Also in 2018 we were host to a regional NIFA SAFECON event that included over 350 student pilots from Colleges and Universities all across the country. Terre Haute is a regular stop on the Air Race Classic which is known as “the epicenter of women’s air racing with pilots ranging in age from 17 to 90 years old and a race route of approximately 2,400 nautical miles.” In July of 2020 we were fortunate to be able to host the Annual TBM Reunion and Salute to Veterans. Their normal airport was unable to host the event due to the CoVid-19 pandemic. The event is a gathering of World War Two era aircraft with many formation flights, simulated bombing/strafing runs, parachute jumping etc. With the cancellation of Osh Kosh 2020 they had the largest turn out of WWII aircraft in the event’s history. Terre Haute provides launch and recovery support for military training exercises at Camp Atterbury during live fire training missions. It makes for an interesting challenge when we have to keep the gunships pointing away from populated areas if they return with jammed artillery.

Some examples of NATCA Activism that are facility supports include: leafleting during the government shutdown and assisting with various political campaigns for NATCA 2020. We continue to be involved in local outreach initiatives with Indiana State University Flight School, the local EAA chapter and other users. Prior to the prohibition on tours due to CoVid-19 we routinely hosted tours for student pilots, local Boy Scout Troops and a summer program for High School students interested in aviation. During the TBM Reunion and Salute to Veterans event our entire E-Board attended the nightly dinner and networking events to continue our outreach efforts.

Why is NATCA important at Terre Haute? NATCA IS the facility. There should be a revolving door on the ATM’s office. Without a strong local there would be nothing here.