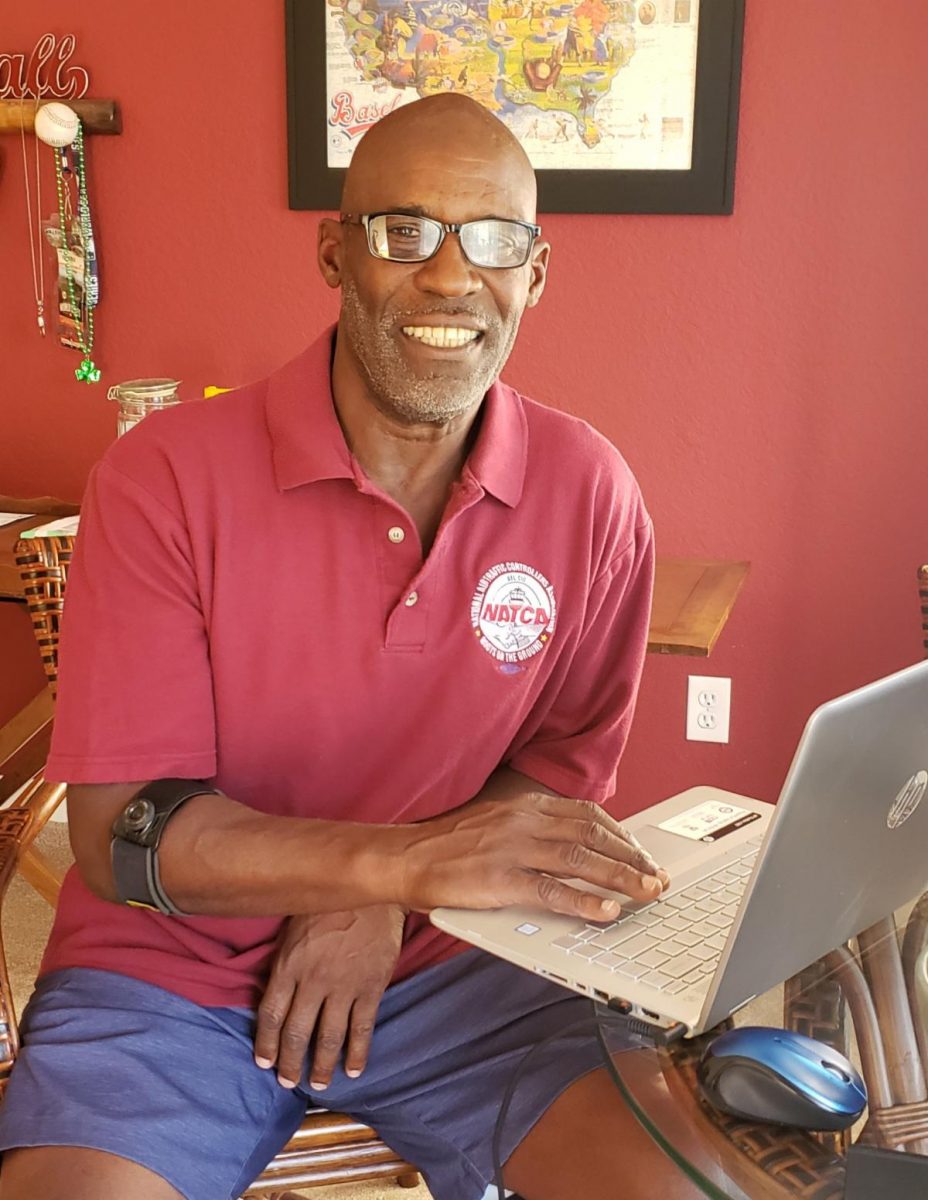 Today, NATCA recognizes and honors one of its first Black members, retired member Kyle “Kj” Johnson. Johnson was born and raised in Oxford, Ohio, along with his older brother and two younger sisters.

After a short-lived college football career that ended due to injury, Johnson joined the U.S. Air Force. “I often tell the story of my recruiter trying to persuade me not to choose air traffic control (ATC) because in his words, ‘Negroes don’t do well in air traffic control, and there weren’t many,’” Johnson said. “My response to him was, ‘I’ll take air traffic control!’”
Johnson’s ATC career started at Wright-Patterson Air Force Base (AFB), and two years later, he was transferred to Travis AFB in California where he met his wife, Pat, of 37 years.

Johnson joined the Federal Aviation Administration (FAA) as a direct hire to Chicago Center (ZAU) just weeks after the PATCO strike in 1981, and it quickly became clear to him why the PATCO sisters and brothers had taken that severe action. “We had no voice in working conditions, training, or career advancement,” said Johnson. “Management had very little accountability and ran their facilities like their own little kingdoms.”

By the mid 1980s, the FAA was making attempts at collaboration and partnership, but could never seem to get out of its own way and never fully embraced partnership, said Johnson. By 1985, talks of organizing had taken hold and the word began to spread. Around the same time, Johnson had transferred to San Francisco ATCT (SFO). “I remember long car rides to facilities around the Bay Area. SFO member Mark Sherry, retired member Steve Fabela, myself, and others pushed Union pledge cards,” he said. “We signed up as many as we could get, and by June 1987, NATCA was born.”

In early 1988, Johnson was elected the first vice president/treasurer of Concord ATCT (CCR), and by fall became the FacRep until 1992. He represented CCR as a delegate to the 1990 and 1992 biennial conventions and was an Oakland ATCT (OAK) delegate/alternate from 1996-2006. Johnson also served as the East Bay representative to the Western Pacific Region (NWP) Steering Committee from 1990-1998, on the NWP Legislative Committee from 1992-2000, and on the Level I Contract Tower Committee from 1993-1998. Additionally, he was the OAK President and/or officer from 1995-2007, on the National Organizing Committee from 2006-2009, a Retired NATCA Active Volunteers (RNAV) Executive Board member from 2015-2018, and a Boots On The Ground participant since its creation in 2008.

Johnson stated, “I have seen our little Union grow and accomplish amazing things— accomplishments that folks said could never be done,” said Johnson. “In the early 90s we began our fight to stop the contracting out of lower activity towers—that’s correct, the 90s—by creating the National Legislative Committee. We organized informational pickets to educate the public about the consequences of such contracting. During that same period, we worked overtime to get our PATCO brothers and sisters back to work, and by 1998, we had successfully completed (pay) reclass, saved over 900 bargaining unit employees from losing their jobs through the contracting out their facilities, increased our membership to over 70%, and we were just getting started. We gained direct affiliation with the AFL-CIO, organized other bargaining units and bought the Krasner Building (home of the NATCA National Office in Washington, D.C.).”

He concluded, “As we embark on another month of Black History Month, I encourage you to celebrate our (NATCA’s) diversity and inclusivity. In the early years, it was not always easy or comfortable to be the only one or the rare one, but NATCA gave me a safe home. NATCA gives you the forum where your voice carries as much weight as any other—a place where opposing views are encouraged and valued.”