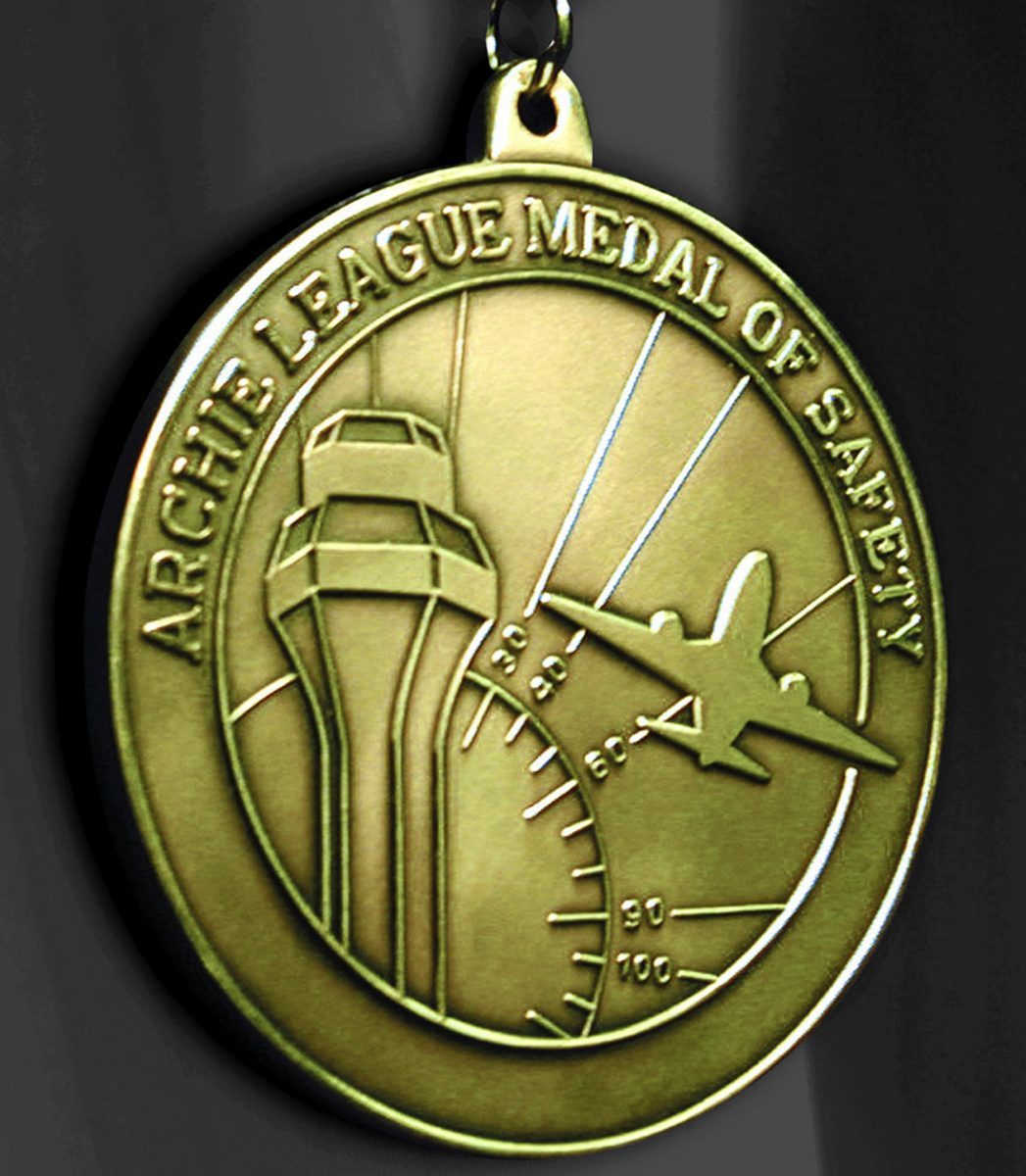 At Kansas City Center (ZKC), air traffic controllers on position have a list available to them of fellow controllers at work who are also pilots. If needed, those controllers can be brought to the area to assist a pilot in distress, including things like reviewing emergency checklists. Flying an instrument approach in a small, single-engine aircraft is a very high workload environment, and controllers who are also pilots understand this best.

The pilot of a Piper PA-28, flying in instrument meteorological conditions (IMC) in February 2020 and encountering some instrument failures, needed help. The controller on the other end of the microphone happened to be the perfect person for the situation: member Sarah Owens. Now in her 20th year at ZKC, Owens (pictured below) has been flying for the last 14 years. She flies jets, has worked for charter companies and flown around the country, and is also a flight instructor. She’s an Air Force veteran, a member of NATCA’s Air Safety Investigations Committee, and has represented NATCA at numerous pilot-controller meetings including at the annual Experimental Aircraft Association AirVenture Oshkosh.

Owens was working sectors 44/48 in the Trails Area. The pilot was attempting to intercept the Runway 31 localizer and land at Topeka Regional Airport (FOE) in Kansas but missed the approach and was being vectored back around for another instrument landing system (ILS) attempt. Owens noticed the pilot made a very large turn to the left, approximately 40-50 degrees. This put the aircraft in a position where he would not be able to receive the localizer signal to intercept the final approach course. Worse, he was descending. Owens issued him a low altitude alert. She instructed him to climb and maintain 3,000 feet. He was at 2,000 feet. Owens worked with the pilot, advising to keep the wings level and climb. Her initial thought was that he was spatially disoriented, or experiencing a mechanical malfunction, or a combination of both. She soon found out the details.

“Being 1,000 feet below your assigned altitude is a dangerous situation when you are that close to the ground,” Owens said. “When he was at 2,000 ft. MSL (Mean Sea Level), that is approximately 800-900 feet AGL (Above Ground Level). If you look at the ILS31 approach chart at FOE, there are numerous towers that are depicted on the chart. Some of these towers are over 500 feet tall. If he kept descending, his altitude would put him in a dangerous proximity to these towers, which he would be unable to see while in the clouds.”

“I knew that the weather conditions were better to the east of Kansas City. If the pilot could get back above the clouds, he would regain his ‘vision,’ and would no longer be relying on the instruments that were failed for navigation. Once he is out of the clouds, the emergency is basically resolved.”

The pilot told Owens he was picking up icing. She checked his fuel status and helped him find VFR conditions. He was then able to get the aircraft under control. That’s when they found Lawrence Smith Memorial Airport (LRY) in Harrisonville, Mo., which is 40 miles south southeast of downtown Kansas City and approximately 80 miles east southeast of Topeka.

“My main concern was his proximity to the ground, and obstructions,” Owens said. “I needed to get him back into conditions where he could see visually and not need the failing instruments to navigate. Once I observed that the aircraft’s pitch changed from descending to climbing, I knew then that the severity of the situation was decreasing. The pilot quickly climbed on top of the clouds and was able to navigate visually.”

It was about a 10-15 minute flight for the pilot and all that was left to do for the controllers was coordination, and making sure the aircraft continued flying safely.