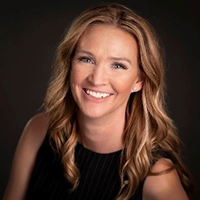 The discussion on unmanned aircraft systems (UAS), remotely piloted aircraft systems (RPAS), drones, and more is largely influenced by the technical and regulatory debate. How to safely grant UAS flight in segregated, hybrid, and non-segregated airspace is one of the major challenges. Concepts such as detect and avoid (DAA), remain well clear (RWC), Lost C2 Link (LC2L), unmanned traffic management (UTM) are fairly new. One element which might not be at the forefront is the human dimension both on the ground and in the air. The personnel required to operate RPAS or UAS can range from a single remote pilot to a crew with dozens of people and as such, the human interactions with the RPAS are paramount.

Syracuse ATCT (SYR) Staff Specialist Sandra Gregoire participated on a panel, Human Dimension in Unmanned Traffic, hosted by the International Civil Aviation Organization (ICAO) last month, examining many of these human dimensions. The panel discussed the new challenges the humans in the loop have to face, how remote pilots and airspace managers are coping with new operations, the question of individual liability, and what types of joint cognitive systems are being implemented to assist with coping with the new technological environment.

Gregoire talked about the timeline in which the Federal Aviation Administration (FAA) granted authorization for the 174th Attack Wing (ATW) to fly in and out of the Syracuse Class C airspace. She discussed some of the benefits and challenges of working with the General Atomics MQ-9 Reaper, and also made reference to SYR handling large and small UAS operations out of Rome, N.Y., at the Griffiss International Airport, which is an FAA-designated UAS Test Site.

“Faced with integrating large RPAS into the National Airspace System (NAS), the controllers at SYR and Boston Center (ZBW) openly and willingly accepted the challenge,” said Gregoire. “They have been instrumental in ensuring the safe operation of the MQ-9’s as they not only operate in the SYR Class C traffic pattern, but also as they transition to Boston Center’s Class A airspace. These controllers are truly at the forefront of the next chapter of aviation history.

“I’m hoping what we are doing at Syracuse International Airport, which was also just named one of the five FAA airports authorized to begin anti-drone testing, is helping to pave the way to a smooth transition for integrating more UAS operations in our NAS.”