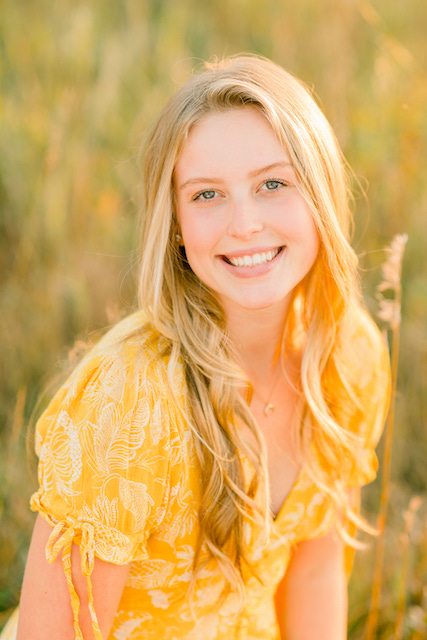 We are honored to announce the winners of the 2021 NATCA Scholarship. Every year, NATCA offers a scholarship program for spouses, children, stepchildren, and legally adopted children of active, retired, and deceased members in good standing for at least two consecutive years. This scholarship is for full-time attendance at accredited colleges and universities within the United States and its territories for an undergraduate degree program.

Congratulations to all the recipients of this year’s scholarship. We were pleased to see so many applicants take part in the process this year. During a crisis, like COVID-19, many workers have been able to perform their work from home. Many essential workers, like air traffic controllers, are unable to do so. The students were asked the question, “What has NATCA been able to attain on behalf of the professionals we represent through advocacy, collaboration, and negotiations?” We enjoyed reading your essay submissions. It is both interesting and meaningful to hear the perspective of young people about how they see NATCA working for its members.

Out of the 21 scholarship winners, Myah Bauman, daughter of Charles Bauman (Minneapolis-St. Paul ATCT, MSP), pictured top left, was given the President’s Award, a $2,000 scholarship. The other winners, listed below, received a $1,000 scholarship.

National Air Traffic Controllers Association (NATCA) is a term I grew up with, but never fully understood until more recently. It was always fun to tell my friends that my Dad was the guy in charge of where the planes went on the runway in the big, fancy tower. Who else could really say that about their dad? I remember countless trips to visit him up in the Tower or down in the TRACON, and he was always so happy to be doing his job. I realize now, after experiencing most of high school and multiple jobs, that you must be supported at your place of employment. My research has shown that NATCA’s goal is to do exactly that.

This summer, a statement was published in response to the racial injustice shown in the murder of George Floyd. The Union did not hesitate to declare support for Black Lives Matter and the peaceful protests against the unfair and racist situation. Stating that, “Inequality and racism are labor issues because they also are workplace issues” strengthened the need to stand by the air traffic controllers, engineers, and other aviation professionals they represent. Showing such a strong statement made it clear that this union will never shy away from advocacy of who they represent.

Amidst the global pandemic, the whole world has been flipped upside down. Travel has obviously been limited and everyone has had to adjust to a new precautionary way of life. NATCA and the FAA had to work very closely to figure out new protocols and schedules, in the safest way possible. Collaborating on big decisions, such as terminating training, could only happen after discussing all of the facts.

I found out recently that NATCA negotiated with the US House and Senate to fix part of the National Defense Authorization Act (NDAA) for 2020. This act previously left out members of the FAA from receiving the 12-week paid parental leave. I asked my dad what he did when my younger brother and I were born, and I was shocked to hear that he had to use four weeks of unpaid leave. Balancing financial life as a young professional can be difficult, so having paid parental leave is even more crucial. NATCA understands this, and quickly put in the work for making corrections to the NDAA. Since the Act was executed in December of 2019, NATCA went through all of the steps, proposals, negotiations, and secured House and Senate versions of the new bill.

Clearly, NATCA has shown no hesitation when speaking for and representing their professionals. Publishing statements to fight against bigotry, collaborating with the FAA, spending months advocating for paid parental leave, and creating an environment where people like my dad can be happy doing their job. These all add up to create a strong Union, one that represents and cares.

Congratulations again to all our 2021 award winners. We wish you much success in your future endeavors.
In solidarity,