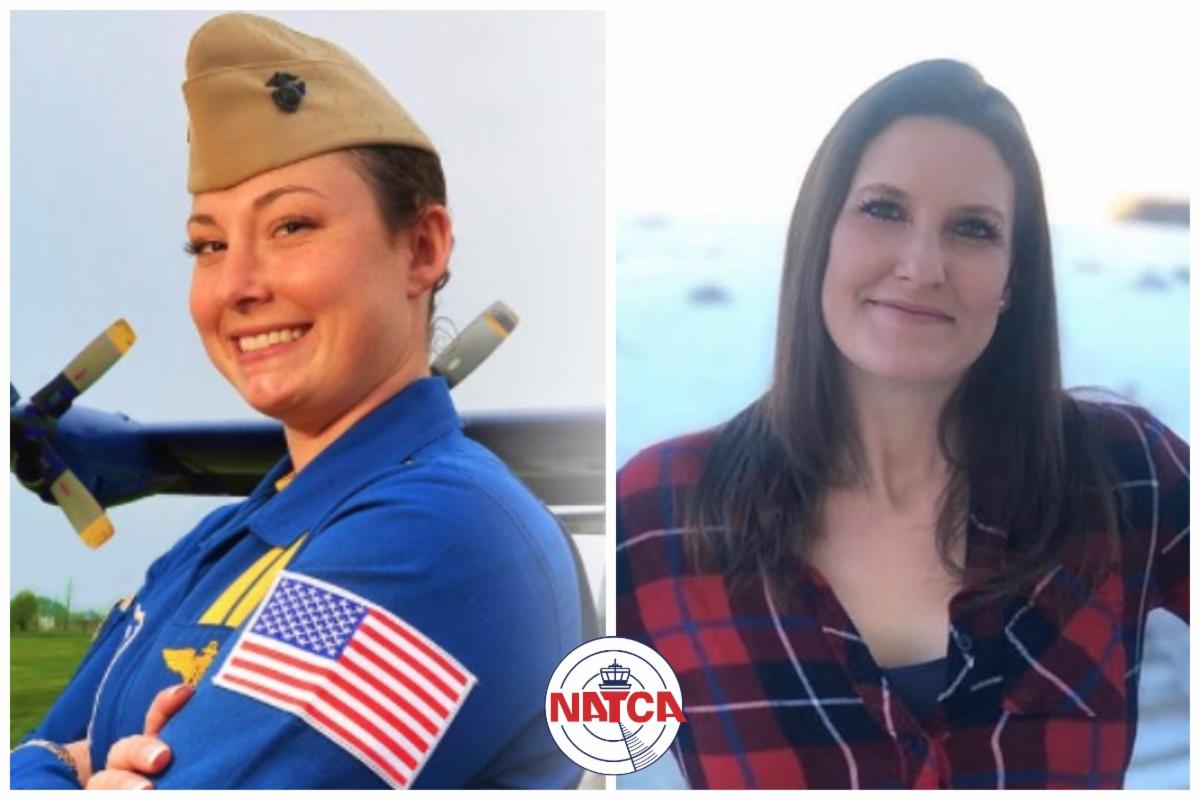 “I would say that ATC and talking on the radios is way harder than flying an actual airplane,” Cook said. “I know that sounds weird, but being able to manipulate the airplane and put it where you want to, that’s all on you and you can fly and practice that. But communicating with someone outside the airplane is scary, and you know that everyone else on the radio can hear you, so you’re gonna sound dumb if you mess this up.”

Cook recalled as a young pilot, on her kneeboard – a cockpit accessory used to organize charts, paperwork, and digital devices – she wrote out scripts of what she needed to say to controllers, including things like how to request a clearance.

“I had it all written out because I was so scared I was going to mess it up,” she said.

That mindset changed, Cook said, when an instructor aboard her C-130 suggested she think of ATC as another crew member, but just not in the airplane with you. Further cementing that thinking last year was an incident near the El Centro Naval air facility in California involving a KC-130 that made contact in the air with a jet during refueling and made an emergency landing. Cook said the controllers jumped right in to do everything needed to handle that situation.

“It’s very unusual for a pilot to call 911 himself, or herself,” Cook said. “The controller’s already on top of that. They’ve got your back and they’re looking out for you so it’s just another crew member that just happens to not be physically with you. Once I could think of ATC like that, that they were a friend that had your back … that changed my perspective of ATC completely.”

“I just hope that pilots all understand that we’re all in this together,” she said.

In case you missed the first two parts of the interview: Part 1 | Part 2