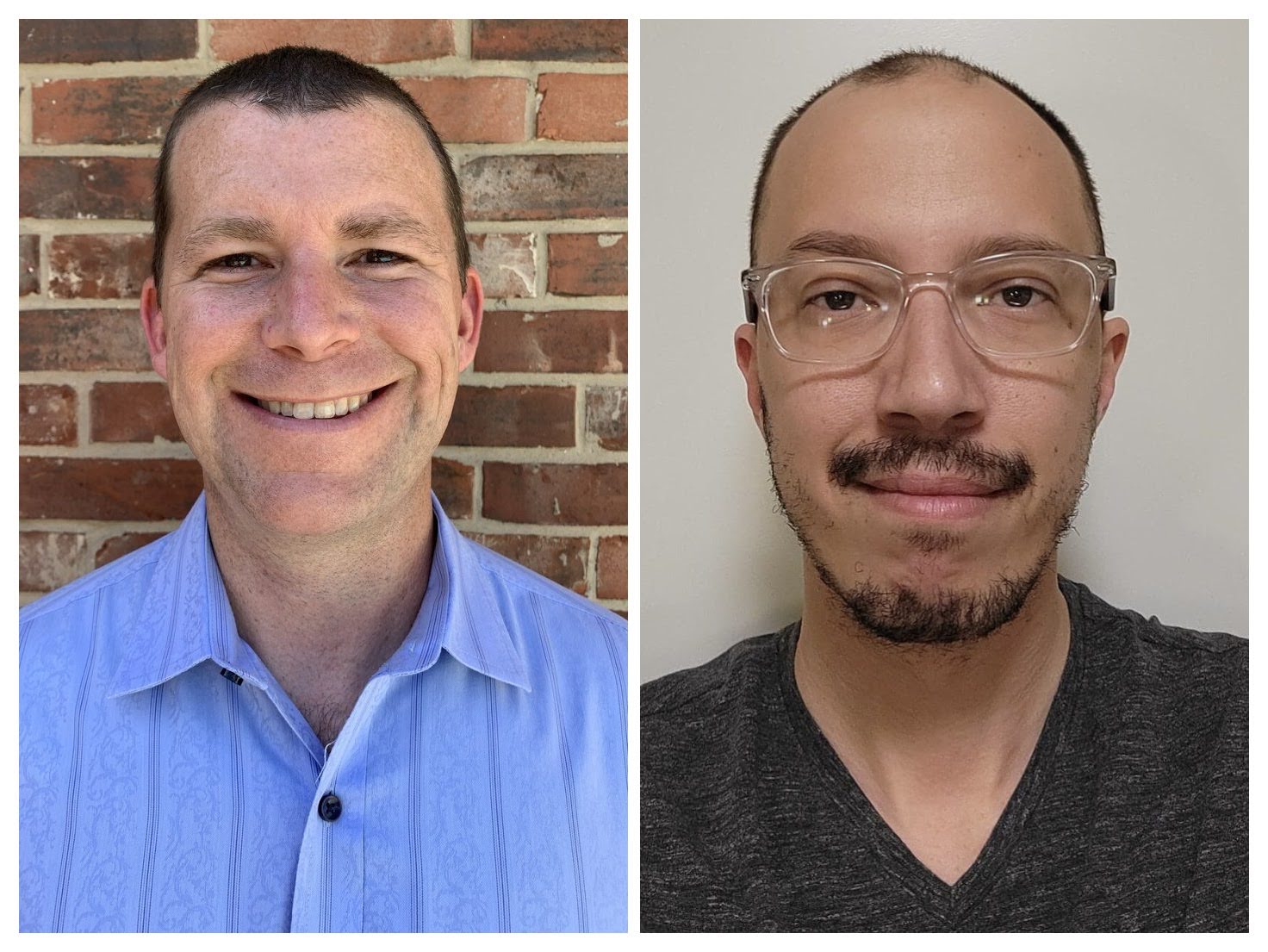 Fort Worth Center (ZFW) air traffic controller Randy Wilkins has worked enough general aviation traffic in his 13 years there to know that while he and his colleagues aim to provide the best support they can and the most information possible to pilots who encounter difficulty, ultimately, it’s up to the pilot to finish off a safe landing.

But Wilkins (pictured top left) is passionate about training and developing his base of knowledge in as many different ways as he can to be prepared for challenging situations. That includes researching air safety investigations in his spare time, looking at how past NATCA Archie League Medal of Safety Award-winning controllers handled situations, watching YouTube instructional videos of VFR pilots encountering IFR conditions, and learning about the dangers of pilot vertigo in instrument meteorological conditions (IMC).

“You watch a video and think, ‘well, what would I do? Would I know to say that? Would I know to think about this?’ So I really fall back on those replays,” said Wilkins, who said one of the most important things he learned from watching other Archie League Award event replays is the importance of being calm on the radio, as it helps keep the pilot calm and focused. “If I was a pilot, I would think, ‘if that was me, what would I want to know, and what would I want somebody to say to me before I did this?’ The worst thing you hear about is people getting disoriented and flipped upside-down. The likelihood of getting disoriented in clouds if you’re not used to it is pretty high.”

That was the situation a Cessna 150 pilot faced in Wilkins’s airspace as he flew in solid IFR conditions near the boundary of Kansas City Center (ZKC) airspace, between Oklahoma City approach control and Tulsa approach control. He was lost, definitely under stress, and sought help through the Guard radio frequency. He ended up talking to a Southwest Airlines pilot who was trying to figure out where he was.

Five years ago, ZFW began piping the Guard frequency into the operation. Wilkins says that alerted him to this situation. He got the pilot onto a ZFW frequency, brought up his location on radar, and gave the data block an EMRG designation for emergency.

“(Guard) is absolutely helpful in situations such as this. I think it’s very important and very useful,” said Wilkins, an Indiana native who graduated from Purdue. He started in engineering but later switched to Aviation Technology, Purdue’s CTI program.

The pilot was having trouble holding altitude and did not have the power to climb well. He was talking pretty well with Wilkins but then became frustrated and began to fly in circles.

At that point, fellow controller Chris Clavin (pictured top right), a Long Island, N.Y., native who began his career at ZFW three years ago, was working initially in the Ardmore sector near the end of his shift but heard the chatter on Guard. He sat down with Wilkins and the two controllers worked to find a place for the pilot to fly to and land safely.

“While Randy’s dealing with talking to the pilot, I was just trying to get the most up to date weather information that I could between Stillwater, Kansas City Center, Oklahoma City Approach, and Tulsa Approach to see if they had any guys going VFR in the airports around there,” Clavin said. “I was just trying to make sure that Randy didn’t have to do any coordination. It was my job to make sure he could focus on the pilot and I’ll take care of all the other stuff.”

The only good weather report was from the west side of Oklahoma City airspace, but the pilot was too far away to reach it with only ¼ tank of fuel remaining. Wilkins told him to focus on his instruments, don’t look out the window, and keep his wings level and airspeed up.

“You could see him going through the process of learning how to fly, either on his instruments or however he was doing it,” Wilkins said. “You could see him getting better and better at taking control of his aircraft. That might have saved his life – the 10 minutes he had to get used to flying in a manner like that, rather than saying, ‘I’ve gotta get through the clouds now.’ That’s how it looked to me.”

The landing spot was picked – Chandler Municipal Aiport (CQB), located near Interstate 44 between Oklahoma City and Tulsa. The ceiling was only 900 feet but better than other options. At that point, Wilkins and Clavin lost radio communications as the pilot descended beneath 2,500 feet. They put him on an advisory frequency, relayed information through another general aviation pilot, and waited for word that he landed safely.

“You don’t want to think the worst, but there’s other things going on in the sector that we had to take care of,” Clavin said. “It felt like 20 years before we finally got the update that he was on the ground.”

Clavin expressed gratitude at being selected as an Archie League Medal of Safety Award winner.

“After seeing previous years’ winners and looking at all of those events, it’s definitely an honor,” Clavin said. “I will be honest and say that, as the assistant, I don’t feel that I deserve nearly as much credit as Randy does. But I’m glad I was able to help and do anything I could.”

Wilkins says he looks at past winners with amazement and a “how did they do that?” wonder, but places high value on each event’s training value. He marvels in particular at the 2013 President’s Award-winning flight assist by Boston ATCT (BOS) controller Nunzio DiMillo that saved lives when DiMillo saw a Cirrus SR22 erroneously lined up to land on a taxiway occupied by a JetBlue flight.

“To be categorized like that is an honor, and I really hope that people can take it and learn something from it, because that’s really what this is all about,” Wilkins said. “It’s about honoring the controllers that did a good job, but I try to use it as a training tool to say, ‘here’s what happened and this is what you can do if you get into this situation.’ That’s what I really hope comes out of it.”

Listen as Fort Worth Center controllers Chris Clavin and Randy Wilkins help a Cessna pilot out of the clouds above Central Oklahoma, in this episode of The NATCA Podcast. Click here to listen.