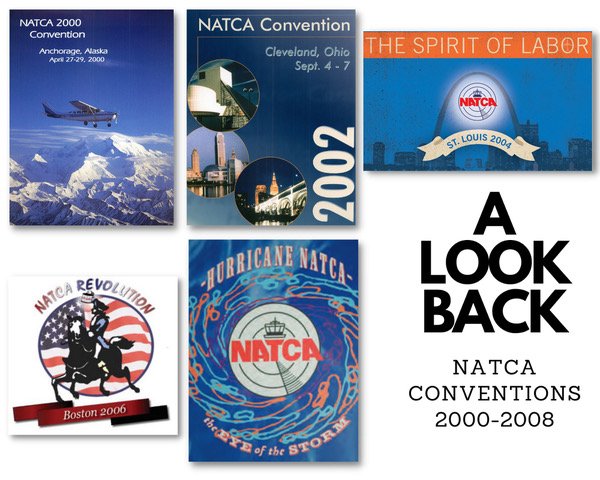 With NATCA’s 18th Biennial Convention coming up Aug. 10-12 in Houston, we continue to look back on our past conventions. The National Historical Committee (NHC) is examining each of the previous conventions and the importance they have had in shaping our Union. These events bring together local delegates from across each of our 10 regions to vote on and decide the direction of our Union.

NATCA’s conventions from 2000-2008 made great strides in building and expanding our Union and saw us weather some dark times.

The 8th Biennial Convention in 2000, held in Anchorage, saw amendments passed that reflected NATCA’s growing diversity in representing members beyond air traffic control and bylaws to honor individuals for service to the Union. Diversification continued as a focus at the 9th Biennial Convention in Cleveland in 2002, with renaming the Engineers & Architects region to Region X (NRX), and allowing the National Executive Board to choose which bargaining units NRX would represent.

Della Swartz, retired NRX member of the NHC notes, “The formation of Region X was important, giving us a stronger voice at the national level and also demonstrating that our brothers and sisters in air traffic recognized and valued our differences.”

For those attending the 18th Biennial Convention in Houston, to register or modify your registration please click here.

There will be video coverage of the convention, both live and on demand, on the members side of natca.org. For more information about the convention, view our Biennial Convention webpage here.