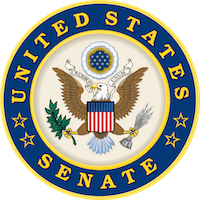 Shortly after passing the infrastructure bill, the Senate passed on a party line vote an annual budget resolution, which acts as a framework so that House and Senate committees can assemble a large “reconciliation” package of various funding priorities. Senate consideration of the budget resolution includes what is commonly referred to as a “Vote-A-Rama,” a process where unlimited amendments can be considered. This time, almost 50 amendments were processed over the course of 15 hours into the early hours of the morning. GA staff carefully monitored this process to ensure problematic amendments were not considered. If the House also approves the budget resolution, various congressional committees will assemble parts of the reconciliation package that will then be combined into a single bill for floor consideration in both chambers. Unlike the IIJA, this package is much broader and is not expected to receive Republican support. Relevant to NATCA, the budget resolution process requires careful scrutiny to ensure that members of Congress are not voting on any amendments that would be harmful to NATCA and its membership.