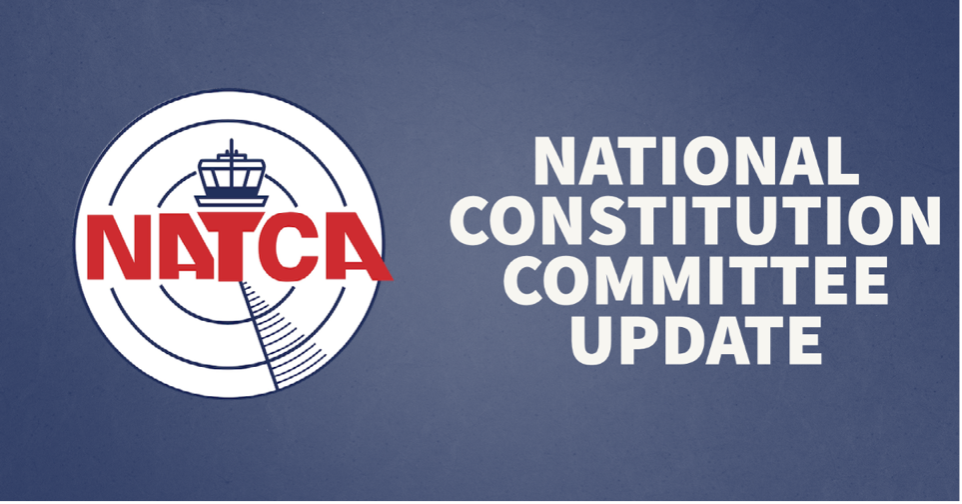 The National Constitution Committee (NCC) is responsible for creating the biennial convention package, containing all the proposed amendments to the NATCA constitution, resolutions, and policy and position statements. A convention package of these materials was mailed to members in June 2021 in advance of the convention that was then scheduled to be held in August 2021.

When the 18th Biennial Convention in Houston was rescheduled to December 2021, NATCA reopened the period in which members could submit proposals in accord with the provision in the NATCA constitution that allows proposals to be submitted by members up to 120 days in advance of the convention. The NCC recently completed compiling the supplement of additional proposals that came in during this period and which will be considered at the convention on Dec. 9-10 along with the proposals in the June 2021 mailing.

The supplement has been printed and should arrive by mail to members in the next few weeks. The supplement is also available electronically on the NATCA Convention resource webpage. The document on the webpage contains both the booklet sent this past summer and the supplement of additional proposals.