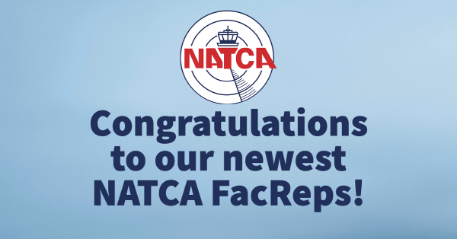 “Becoming a new FacRep can be overwhelming, and anything to help make that an easier transition is a welcomed task,” said Northwest Mountain Region Onboarding Committee member Sam Navarro. “A lot of times, just knowing who to contact, or where to look is half of the battle, if not more. I love being a part of the Onboarding Committee and being able to help people find their own way with some of the simplest things like this.”

The NATCA Onboarding Committee welcomes and thanks all of our new NATCA leaders who have recently taken office for their terms as FacReps at their local facilities: