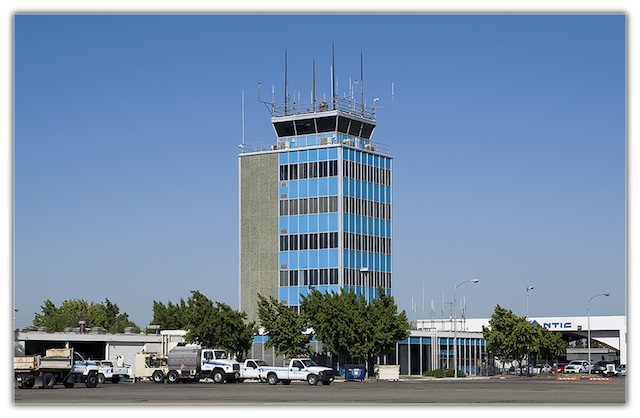 In the city deemed California’s “year-round playground,” Fresno tower/TRACON (FAT) NATCA members never run out of things to do.

Fresno Yosemite International Airport is a civil-military public airport and FAT members work with pilots of all levels and abilities. The airport is home to nine air carriers, four air cargo operations, and several flight schools, including the International Flight Training Academy (IFTA). It is also home to the Army National Guard and the California Air National Guard’s 144th Fighter Wing.

Located in the heart of California, FAT members work a unique airspace. The Sierra Nevada Mountains are located to the north and east of the airport, and Lemoore Naval Air Station is located to the southwest.

Summers in Fresno are typically dry with clear skies and temperatures mostly above 100 degrees. The summer season is also known as the fire season, during which FAT members work closely with the California Department of Forestry and the U.S. Forest Service aerial tankers and support aircraft. Winters tend to blanket the Central Valley in fog for several months.

The Fresno area offers activities like hiking, skiing, and surfing, of which FAT members take full advantage. Sierra National Forest, Yosemite National Park, and Kings Canyon National Park are all about an hour’s drive from the city, and California’s Central Coast is about a two-hour drive from the city. Fresno is also halfway between California’s two biggest metropolitan areas, San Francisco and Los Angeles.

Facility Representative Jerry O’Gorman says a new generation of NATCAvists has emerged from FAT’s strong NATCA past, and the future of the Union at Fresno looks very bright.

“FAT is a great place to work,” says O’Gorman. “Diverse traffic and complex scenarios keep you on your toes and we have a great group of NATCA brothers and sisters.”