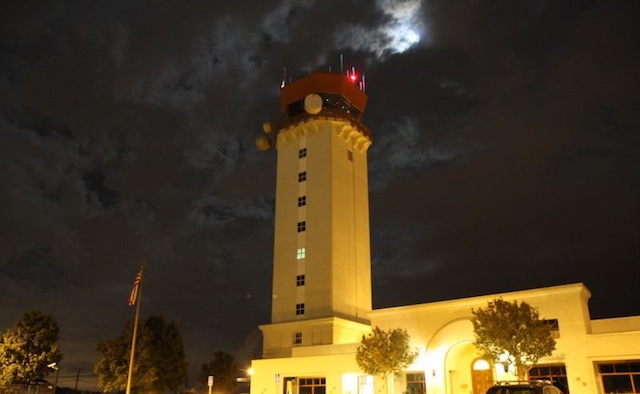 While the combination of glitz, glam, and Boeing 737s may be an odd combination for most professionals, it’s nothing unusual for the NATCA members working at Santa Barbara Tower (SBA).

The occasional celebrity wedding in Montecito, Calif., will cause a spike in air traffic for SBA NATCA members due to paparazzi and news helicopters covering the event. On top of the media air traffic, SBA controllers safely guide air carriers, business jets, military operations, and a lot of general aviation.

NATCA Facility Representative Chris Schaefer said Santa Barbara is a beautiful place to work, with the facility nestled between the Santa Ynez Mountains and the Pacific Ocean. The 33 controllers at SBA get to enjoy the beautiful view from the Level 7 tower/TRACON. Of those 33 controllers, 31 are NATCA members, 25 are Certified Professional Controllers (CPCs), and eight are Controllers in Training (CTI).

SBA NATCA members encounter great weather for most of the year, with the exception of a marine layer. Due to the tower’s proximity to the ocean, a marine layer can quickly move inland and over the airport, making operations very difficult.

While you may think dealing with a marine layer may set this facility apart from others, Schaefer said it’s SBA NATCA Local’s strength and solidarity that sets it apart from other facilities at which he’s worked.

“I have a ton of involvement from the members both on a local and regional stage,” he said. “It makes my job much easier; when I need help, I ask for volunteers, and a handful of people step up to help out. Everyone having a piece of what we are doing here at SBA is hugely important to the ongoing success of our facility.”

Because Santa Barbara has a high cost of living, Schaefer said many of the controllers commute in from different places, making it difficult for the NATCA Local to meet as often as they would like. Nevertheless, Schaefer said that he always sees good turnouts at SBA NATCA Local meetings. He added that the SBA NATCA members consider attending regional meetings and events a top priority, and SBA is always one of the best-represented facilities at regional events.

“We do still get together even though we are a commuting facility,” said Schaefer. “Small groups of members will set up little trips to a casino or out for happy hour from time to time.”

Outside of NATCA events, SBA NATCA members have plenty of choices for their free time activities. Schaefer said that Santa Barbara is not only a great place to work, but also to live. There are miles of beach and hiking trails, as well as parks. Many of the parks hold events and festivals throughout the year, and the Santa Barbara Bowl offers a great venue for outdoor concerts. There are also many museums, including the Santa Barbara Maritime Museum, the South Coast Railroad Museum, and the Santa Barbara Museums of Art and Natural History. There’s also the Santa Barbara Zoo and Santa Barbara Botanical Gardens. The downtown area offers a large variety of great restaurants and bars for dining and entertainment. Last, but not least, Santa Barbara and its surrounding areas also have some of California’s best wineries and vineyards for wine tasting tours.