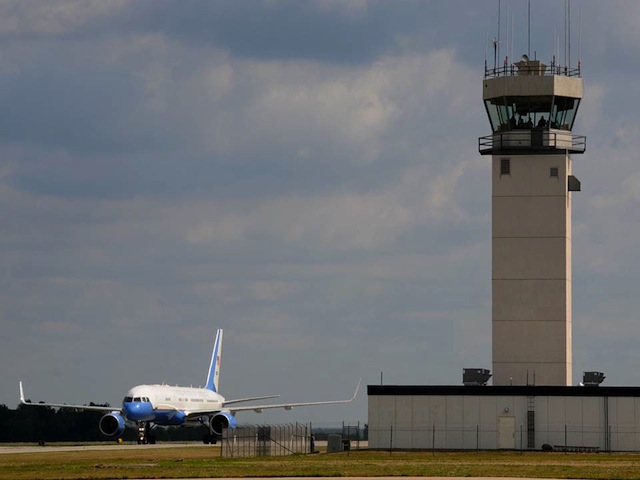 While Mansfield is not the largest city in Ohio, it has plenty to offer the 19 NATCA members working at Mansfield Tower (MFD). The city is officially nicknamed “The Fun Center of Ohio,” and its official motto is “The Heart of Ohio.”

The facility is nearly 100 percent NATCA; only one of the 20 bargaining unit employees is a non-member. There are 12 Certified Professional Controllers (CPCs) and eight developmentals.

The tower is open from 6 a.m. to 11 p.m. (EST) and is nestled between Toledo, Akron/Canton and Cleveland Approach. MFD controllers also work with those at Indianapolis Center (ZID), Columbus Approach (CMH), and Cleveland Center (ZOB). MFD controllers handle mostly general aviation aircraft, but they also work with a National Guard unit that regularly flies C27Js and will soon guide C130s.

MFD NATCA Facility Representative Nicholas Kerman said that a unique aspect of working at MFD is the fantastic variety of instrument approaches the tower has to accommodate pilot training.

Mansfield is a city with many nicknames, some official, some local. Included in its many nicknames is “The Race Capital.” Kerman said that the biggest sporting venue affecting workload for MFD is the Mid Ohio Raceway; during race weekends that airport sees a surge in traffic. In the future years, MFD will see surges in traffic for another event.

“This year the airport secured a multi-year contract to host the Tough Mudder competition on the airport,” said Kerman.

Located directly between Columbus and Cleveland, Mansfield lies in the western foothills of the Allegheny Plateau, with its elevation among the highest of Ohio cities. In their free time, NATCA members can ski or snowtube, bike, golf, or horseback ride at one of the resorts or parks in the area. They can boat or canoe in one of the numerous area lakes. Members can also visit one of the many art centers and theaters, as well as the nearby drive-in theater. There are many interesting and unique attractions in Mansfield, including the Mansfield Reformatory, a historic prison turned museum that is open for tours. The reformatory is also where movies such as “Air Force One” and “The Shawshank Redemption” were filmed. In fact, Mansfield Reformatory offers a self-guided driving tour of the 14 area filming sites featured in “The Shawshank Redemption.”