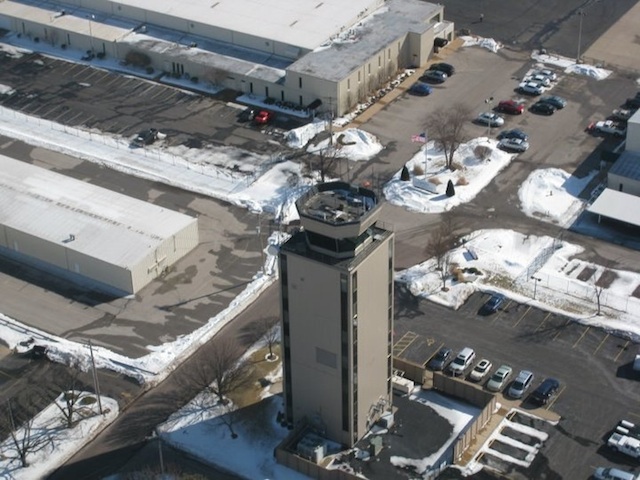 SUS is a 100 percent NATCA membership and has been for as long as SUS NATCA Facility Representative Eustace King can remember.

There are currently 12 members at the Spirit of St. Louis Tower (SUS), with two leaving because of mandatory retirement. All the NATCA members at this facility are Certified Professional Controllers (CPCs) who work two positions, local and ground Flight Data (FD) and Clearance Delivery (CD).

The 110-foot-tall tower is open from 6 a.m. to 11 p.m. CST and ‘owns’ Class D, or “Delta,” airspace. That means controllers work traffic from the ground to 2,500 feet and generally four nautical miles in a radius.

Based at SUS are 330 light aircraft, 120 jets and 24 helicopters. SUS NATCA members guide every type of general aviation aircraft, from one-off experimentals to the newest and largest business jets, with the occasional B737 mixed in with the traffic.

King says that what is unique about working at SUS is that it can and does get busy at any time of the day.

“Our traffic is unpredictable. We are a busy VFR tower,” said King.

SUS NATCA members work many different types of aircraft and have to incorporate them into its traffic, and the tower’s arrivals are not set up by approach control.

“We have to sequence in the VFR aircraft into the mix of the IFR aircraft,” says King.

King says the best part about being SUS NATCA Facility Representative is, “having the ability to have a positive affect on the working conditions at my facility.”

SUS is located in Chesterfield, Mo., an area that offers NATCA SUS members plenty of fun things to do in their free time. Since the flood of 1993, the Chesterfield Valley area has grown immensely. You can find just about anything you may need in the area including shops, restaurants, and walking trails. It’s home to the world’s largest strip mall and construction is underway to build two separate outlet malls.