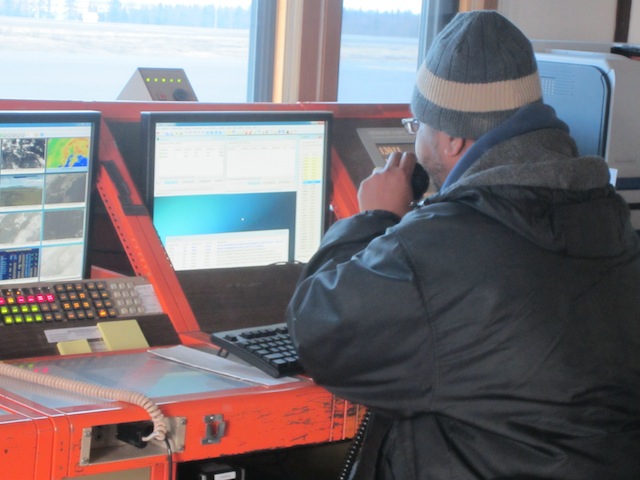 Unique to DLG is its location in southwestern Alaska. There are no roads from the Alaska Highway to Dillingham. Therefore, the city with a population of almost 2,400 serves as a hub for many surrounding villages; there is a hospital, a bank, and several stores.

Foster explained that the only way in or out of Dillingham and the surrounding villages is by air, so any high school sporting event, conference, festival, or even funeral increases the work load for DLG NATCA members.

“During the summer months during fishing season the population of the town doubles increasing cargo flights and general aviation,” says Foster. “Anything you can drive elsewhere, here for many it requires an air taxi.”

DLG NATCA members keep solidarity strong by meeting for brunch every other weekend, to spend time together and also to discuss any member concerns. Foster says they used to have Hawaiian shirt day on Fridays, and they do their best to get NATCA gear, but it is difficult.

“I just have one key chain; we ordered shirts through ENA but we haven’t received them,” he says. “It’s difficult to get NATCA gear because we are so isolated, but we would welcome any items.”

Foster enjoys being the DLG NATCA Facility Representative because of NATCA’s network. He says if he ever has any questions, NATCA always gets answers and results. 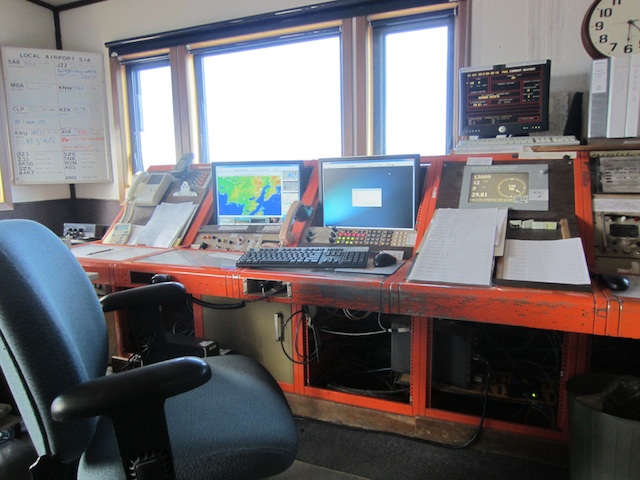 “I still have a lot to learn but I feel as if I have the full support of NATCA,” he says.

For fun, DLG NATCA members fish for salmon in the summer and, in a joint effort, process the fish either by vacuum sealing and freezing it, or smoking and canning it. Foster says they also boat, camp, and hunt, as well as berry-pick and make jellies and jams.

“These activities are fun, but they are also necessary,” says Foster. “Orange juice can cost $23 dollars a gallon; gas is well above $6. This winter we are going to try our hand at trapping foxes for fur and a winter moose hunt.”