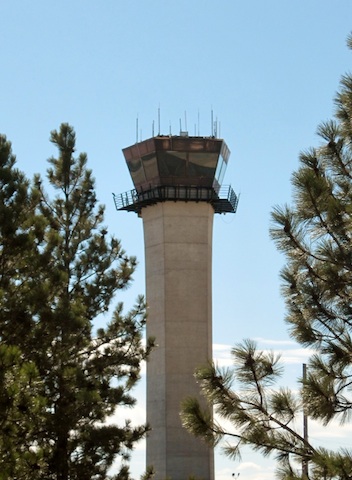 At Great Falls Tower (GTF) in Montana there are 19 NATCA members, making the facility 100 percent NATCA.

The tower is 14 stories tall and open 24 hours a day, seven days a week.

Controllers at GTF are responsible for working airspace approximately 30 nautical miles from the airport, as well as from zero to 13,000 feet. GTF’s airspace aligns with Helena Tower’s (HLN) airspace to the south and Salt Lake City Center (ZLC) is responsible for the rest of the surrounding airspace.

GTF NATCA Facility Representative Tim Forrestor says the Great Falls area is pretty flat, but route and altitude are important because the mountains are just on the edge of the tower’s airspace. He explained that unique to working at GTF is the wind gusts, which are often up to 40 knots, and the facility is a Category 3 Instrument Landing System (ILS), so the tower rarely closes.

The only special event in Great Falls that increases air traffic is the yearly C.M. Russell Museum art show in March.

“Business jets from all over the country come for the four-day show,” says Forrestor.

Forrestor says the GTF NATCA local meets every quarter, and there is a great atmosphere among the controllers at GTF. He says one of the best things about working at the facility is that the controllers make sure they take care of each other, including swapping shifts or Regular Days Off (RDOs) to making sure everyone gets the time off they need.

Forrestor says GTF also keeps solidarity strong by hosting a yearly night at the ballpark, where GTF rents a section at the Centene Stadium to watch the Great Falls minor league baseball team, the Voyagers.

“Everyone brings their family for dinner and the game,” says Forrestor. “Turnout is always high.”

Mountain biking and fantasy football are the big pastimes for GTF NATCA members, according to Forrestor. It’s certainly a city for outdoors enthusiasts, offering over 57 parks and 40 miles of trails along the Missouri River. People can also hike, run, kayak, ski, snowshoe, or play golf at one of the city’s four courses. Visitors can also tour the Paris Gibson Square Museum of Art, The Lewis & Clark Interpretive Center, or check out the Electric City Water Park. 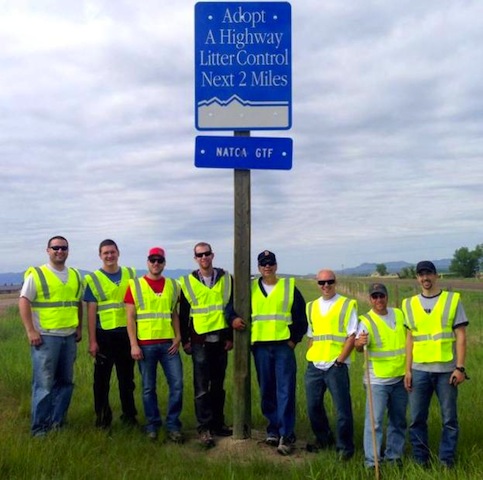