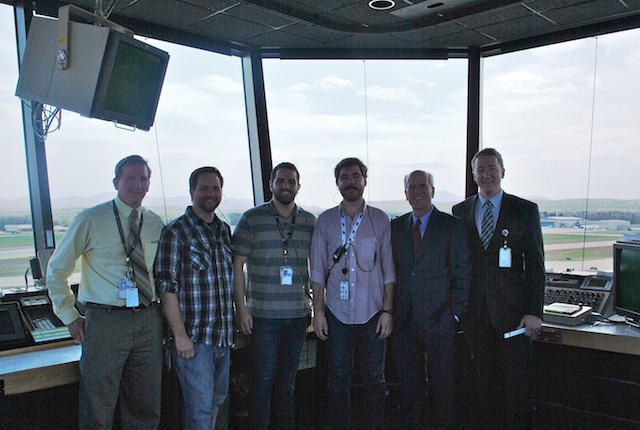 Located in the largest city in Vermont, just 45 miles south of the U.S.-Canada border, is the almost 100 percent NATCA facility, Burlington Tower (BTV).

BTV NATCA Facility Representative Malcolm Latvala says they expect to reach 100 percent in the near future.

NATCA BTV controllers work with their NATCA brothers and sisters at Boston Center (ZBW) and with their Canadian friends to the North at Montreal Approach (NAV CANADA).

The variety of aircraft that BTV NATCA members serve is broad. Latvala says they serve the Vermont Air National Guard 158th fighter wing, also known as “The Green Mountain Boys,” who were named after General Ethan Allen’s militia during the Revolutionary War. The 158th Fight Wing “Boys” fly F16s and are based at BTV, along with the Vermont Army National Guard. The Army National Guard flies UH60s, UH72s, and UH58s. Latvala says BTV also has two flight schools, itinerant commercial service aircraft, and a large FBO that services a large variety of general aviation aircraft.

Besides the variety of aircraft at BTV, Latvala says that the airport layout, New England winters and mountainous terrain also play a role in BTV’s operation. He also says that, due to sequestration, BTV has not seen any events, i.e. fly-ins/air shows etc., like they have in past years.

As a Local, Latvala says BTV meets quarterly and has several members who wear NATCA gear daily. He says being involved with his Local has been very rewarding.

“Like the rest of the NAS, BTV is in a state of transition. Half the facility’s staffing is in training, one quarter of the CPCs have been in the FAA for less than 10 years, the other quarter are veteran controllers,” he says. “Playing an integral role in this time of change is challenging but does not overshadow the rewards of the position.”

Burlington, Vt. is home to five colleges, with University of Vermont being the most prominent.

Besides being well known for its maple syrup and cheese, Vermont is also well known for its hiking, skiing, and sailing on Lake Champlain, which, according to the NATCA members at BTV, is an outdoor enthusiast’s dream. Burlington also has an amazing music scene with most acts stopping in the city before a show in Montreal, located 94 miles north. Most importantly, says Latvala, Vermont was recently noted for having more breweries per capita than any other state.