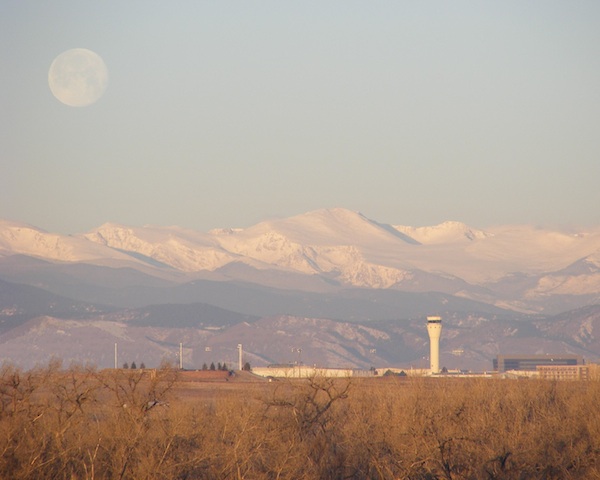 “We do work some transient military aircraft and a nice collection of vintage World War II aircraft as well,” says Reuth. “It is a complex, fast-paced environment.”

There are numerous events that affect traffic for APA, including an annual B-17 fly-in, the Young Eagles and the upcoming NBAA Convention. On top of the support APA controllers provided for the three fire towers in Colorado this year, other traffic-increasing events include: Craig Flight, a program to provide local area flights to sick children; the annual Morgan Adams Foundation Fundraiser funding cancer research; the annual Flight to Luxury Fundraiser to benefit Boys and Girls Club of Metro Denver; the Wings Over the Rockies Air and Space Museum activities; and the Rocky Mountain Aviators Challenge, an aviation educational conference.

“We look to take a more active part in the area events as well as plan a few of our own in the future,” says Reuth. “Additionally, we assisted with the planning and preparation, and participated in the 2012 NATCA National Convention held in Denver.”

Reuth explains that Centennial has been going through an identity change since he arrived at the facility in 2011. He has been the APA FacRep since July 1 and hopes to continue the positive change.

“We have a lot of new, young faces,” he says. “They are energetic and excited about their careers and the camaraderie that air traffic and NATCA has to offer. While we are still just dipping our feet into the pool, everyone is anxious to jump in and get involved.”