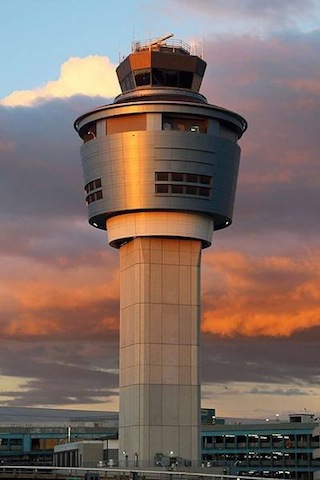 Located in Queens, just off the East River, LGA NATCA is comprised of 39 BUEs – 38 are dues paying members. This makes the facility 99 percent NATCA.

In this bustling metropolis people never take a break, and neither do the operations at this 24-hour tower. Recently-elected LGA NATCA Facility Representative Bill Broschart says that in comparison to other towers, LGA handles an incredible amount of operations per day, and on a very small airport surface.

He added, “The whole New York area airspace is very small and very complex and all the facilities do a tremendous job every day.”

Controllers at LGA work with and share airspace with several other facilities that keep the skies over the concrete jungle safe. These include New York TRACON (N90), John F. Kennedy ATCT (JFK), Newark ATCT (EWR), and Teterboro ATCT (TEB). LGA guides all types of aircraft, from C172s up to B767s, as well as all types of helicopters.

Broschart says the NATCA LGA Local tries to host regular gatherings, including BBQs during the year for the members and airway facilities staff, as well as a joint holiday party.

Broschart says what he likes best about being LGA FacRep is trying to make a difference in the working conditions and building atmosphere.