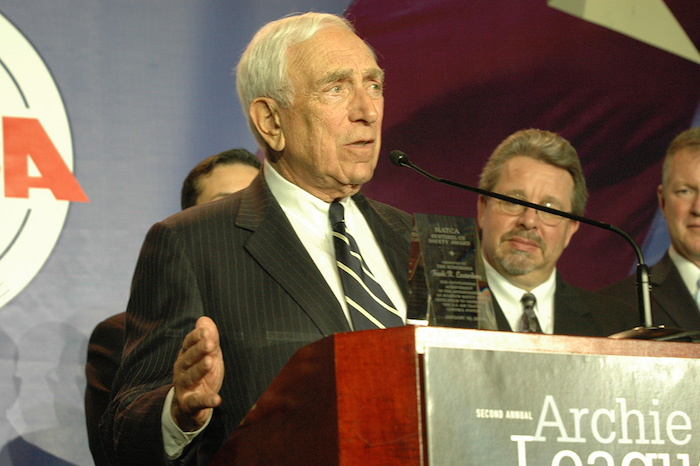 NATCA presented the 2006 Sentinel of Safety award to Sen. Frank Lautenberg, D-N.J., for his continued dedication and commitment to the aviation industry. He retired from the Senate in 2000 after 18 years of service, but returned in 2002 to once again serve. The Union bestows the annual award to a member of the aviation community as a way of honoring the individual for his or her outstanding achievement in the advancement of aviation safety.

Lautenberg has made aviation safety a priority and has fought for what was right for all users of the aviation system – whether it was air traffic controllers, the flying public, and even pets. His leadership in the aviation community is evident through the multiple pieces of legislation he has authored, programs he created, and hearings he requested.

Throughout Lautenberg’s career, he tirelessly supported NATCA and worked on behalf of its membership. No matter how small or large the request, the senator and his staff have always exceeded the union’s expectations. It is extremely difficult to sufficiently summarize Lautenberg’s career long dedication to aviation safety on one page because his list of accomplishments is lengthy and his results are impressive.

Highlights of Lautenberg’s contributions to aviation include: