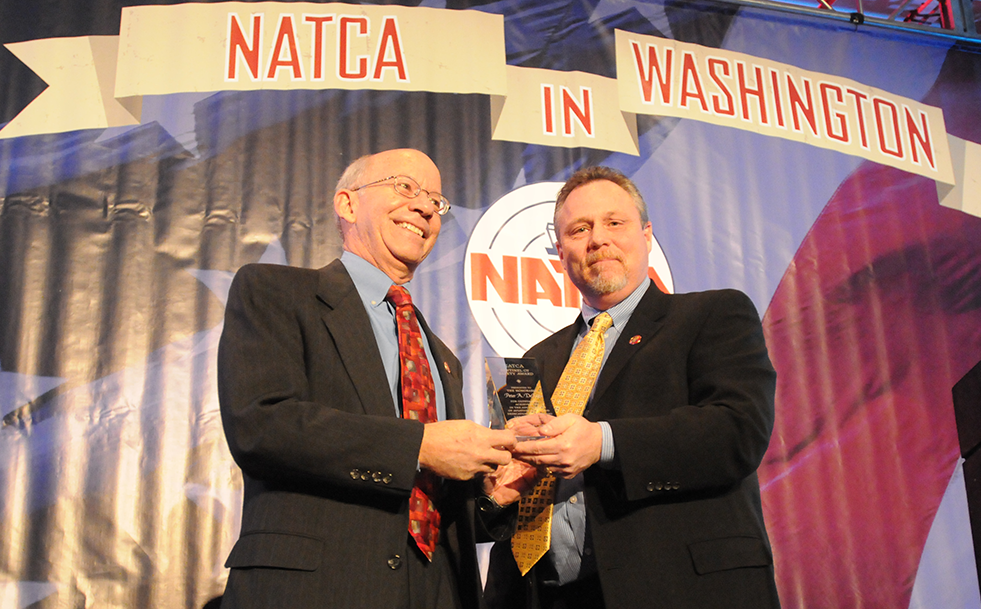 The Sentinel of Safety award was created as a way to honor a member of the aviation and legislative communities who has displayed outstanding achievement in the advancement of aviation safety. The award is open to all leaders of the aviation community, with a special emphasis on those whose leadership on aviation safety issues has been historic, aggressive, and courageous.

A former ranking member of the House Aviation Subcommittee and now a senior member of the House Transportation and Infrastructure committee, Congressman DeFazio has dedicated himself to promoting efficiency and fairness for all users of the National Airspace System. Throughout his Congressional tenure, he has been a champion for aviation employees and the flying public by authoring, co-sponsoring and supporting bills and initiatives calling for vast overhauls in the aviation system including his introduction of legislation that would amend Title 49 of the Federal Code to provide a fair and collective bargaining process for FAA employees both before and after the agency’s imposed work rules.

Said NATCA President Patrick Forrey: “Congressman DeFazio has fought to ensure that the United States continues to operate the safest and most efficient aviation system in the world. He has been the voice of reason and integrity and a champion for aviation employees. Throughout his career, he has stood as a friend for NATCA, often times selflessly defending us from our sharpest critics. His pointed commentary during committee hearings and working sessions has always been spot on in its support of NATCA, our membership and most importantly, the flying public.” 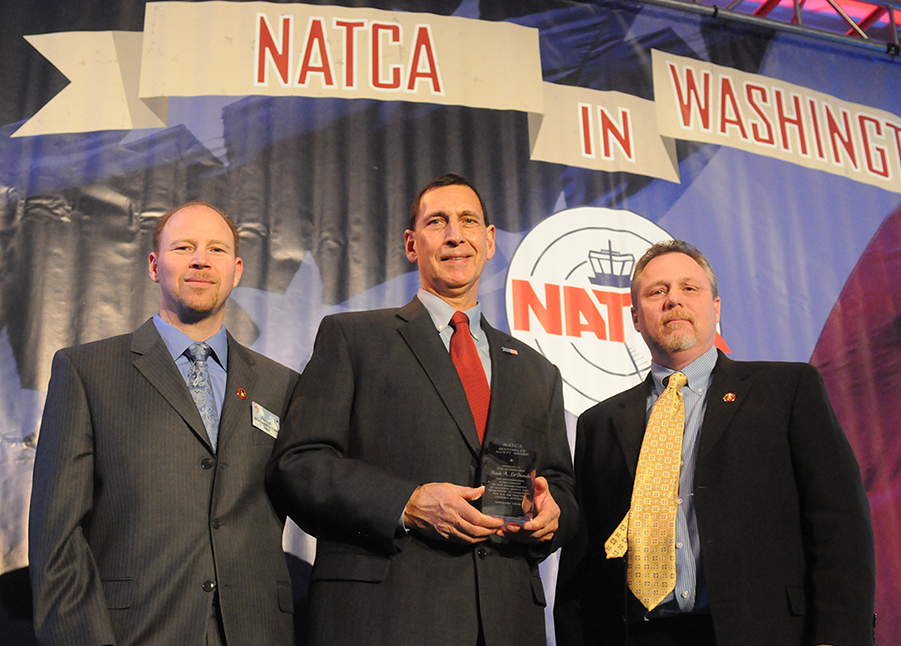 At the time of the award presentation, LoBiondo was serving his seventh term in the U.S. House, and was also beginning his fourth year as the Co-Chair of the Republican Labor Caucus. In that role, he had been an outspoken leader on countless issues affecting the lives of working union members and their families. LoBiondo has been a champion for NATCA time and again whether fighting with the FAA on our behalf for a fair collective bargaining agreement or convincing his party colleagues to vote on legislation to get the FAA back to the collective bargaining table with NATCA. He has also co-sponsored legislation to improve aviation security after 9/11, supported beefed up and standardized training for aviation cabin crews, and voted to implement the recommendations of the 9/11 Commission.

“As a member of the House Transportation and Infrastructure Committee (including the Aviation Subcommittee), Congressman LoBiondo has stood up time and again for NATCA, fighting with the FAA on our behalf for a fair contract and a positive work environment for our members. For that great effort we owe him a debt of gratitude,” Forrey said.