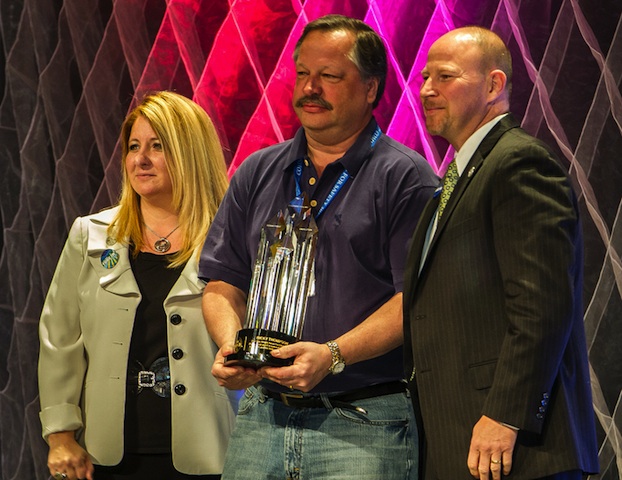 “(When I retired), I kind of thought I was done, I was going to work airplanes for a little while, maybe actually help my wife at home with a few things. But then I got a call from Paul and he said we had this new thing we were going to work on and we’d like you to do it. I went home and talked to (my wife) Mary and she said, well what did you say, and I said the president called and asked for help. If there’s anything I can do, I’m going to do it. And it was an honor.”

“It (the project) was challenging, it was interesting, and hopefully we made things a little bit better,” said Thompson when accepting his award.

Thompson was not only a past facility representative at Anchorage Center (ZAN), but he also became Alaskan Regional Vice President in the spring of 1997 and served for four terms through 2009.

As a past PATCO and current NATCA controller, Thompson is known for standing up with courage and leadership. Upon joining the new NATCA union, he said, “We can make this a better [work] place by joining together.”

He is now officially retired from the FAA, but remains a great role model for our future leaders.