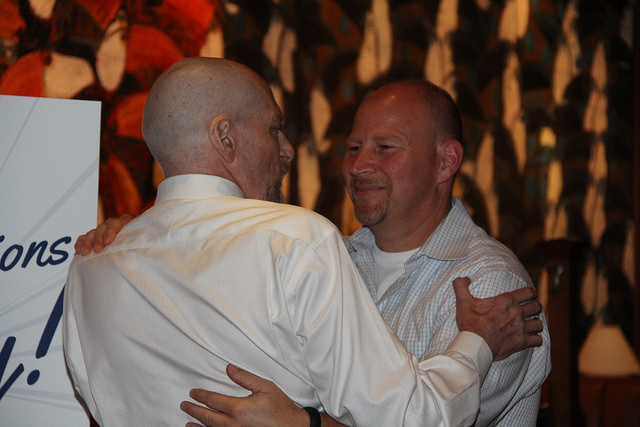 NATCA members and leaders, past and present, came out to celebrate the retirement of Barry Krasner and remember his lasting legacy on our Union this week. He was also presented with The John Thornton Award. In a heartfelt ceremony, they reminisced about Krasner’s profound impact on NATCA, and how his actions and forethought helped shape the Union we have today. Below are some of their remarks about this special man.

Barry Krasner and Paul Rinaldi embrace during the retirement celebration. Rinaldi, the Master of Ceremonies said, “This is not lobby week. This is not NATCA in Washington. This is people flying from all over the country, and all over the world, to say thank you to Barry Krasner. And that truly is special.”

“I can’t thank you enough for taking that crazy kid, that didn’t know what he needed to do for NATCA, and taking him under your wing and turning him into the NATCAvist that I am, and becoming the friend that I am to you because it’s harder for me to say goodbye to my friend than it is to say goodbye to Barry – NATCA. I will miss you, and I will love you always, my brother.” 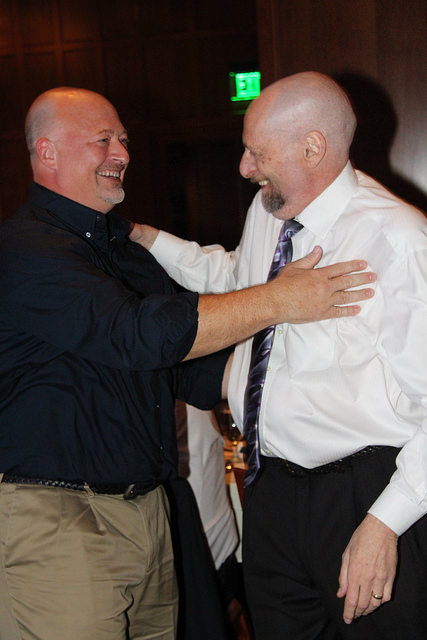 “I met Barry before we even had a union. He became my friend that long ago…Barry’s the first guy who really moved the ball and really put us on the map. And I’ll never forget that. He’s always been my friend and mentor. I still, luckily, on a day-today basis get to work with Barry. I still learn something from him every time I get to work with him. I love you!” 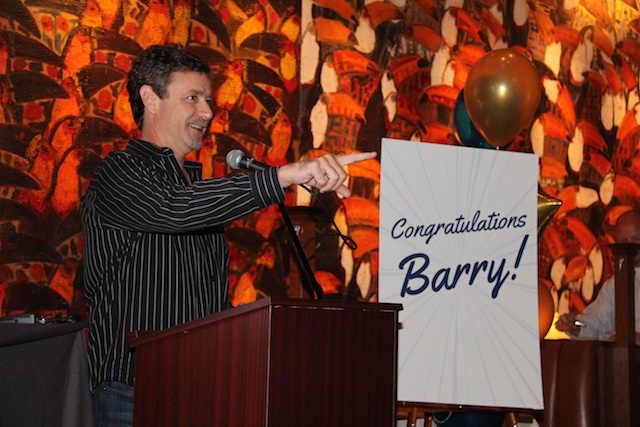 “I have two minutes, but I could probably talk for two hours about Barry. I am honored that I was his FacRep when he retired. We presented him with the first ever New York TRACON plaque honoring him for his time spent working traffic at the TRACON. I have been honored and lucky that I have spent time on contract negotiations with Barry. I am a better NATCA representative because I have spent time with this guy. He has taught me patience, he has taught me so many things…that I strive for over and over again in everything that I get to do. I try to live up to the standard that Barry Krasner has set. I am proud to call him my friend. I am honored to be here and we will miss him, and this union will miss him.” 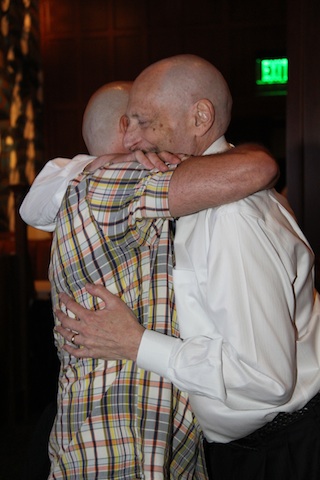 “What do you say to a man, who inspired three generations of air traffic controllers? And changed a profession, and built a union? Barry embodies leadership not because he wants a party, or an accolade, or a building named after him. He does it because he wants to achieve things, achieve things for people. The measure of his success is not how much we can say and adore him, it’s what he did and leaves behind. And everyone in this room understands, and admires that. Barry is a true leader because he cared about every person, every profession that’s represented in this union… What makes our union strong are these core values that he believes in. So what do you say to the man who was all those things, when you have only have a minute to say them? You say the only thing that is truly meaningful, thank you.” 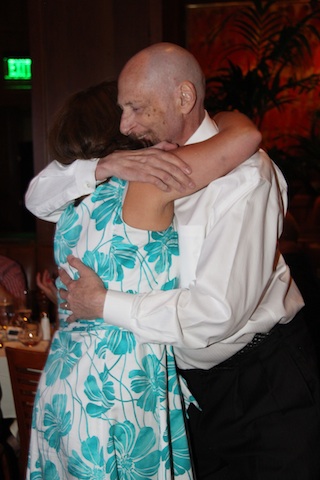 “Barry Krasner was the kind of guy you look up to and say, wow, I could never do what he ever did. He just impressed you, the first time you ever talked to him. I looked at my career as I went through as a NATCA representative, and I looked at what he did, and I said, I have to try and do what Barry did. I had such great time watching him work as he led this union, from where we were in 1987 to where we got to in 1996, and where we are today. I can’t imagine a better person, a better advocate, a better union man than Barry. I strive, I still strive to be the kind of man he is in everything he does. I love you, man.” 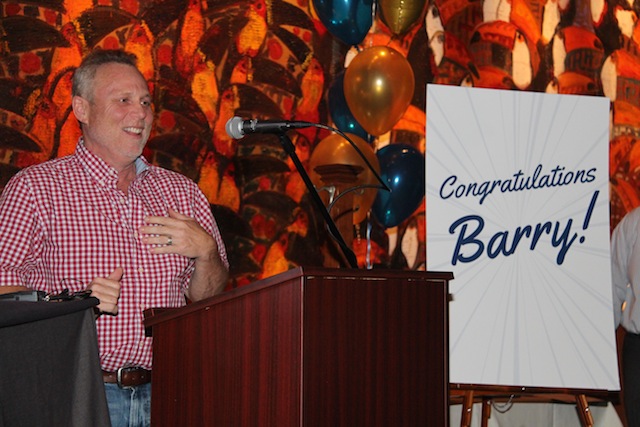