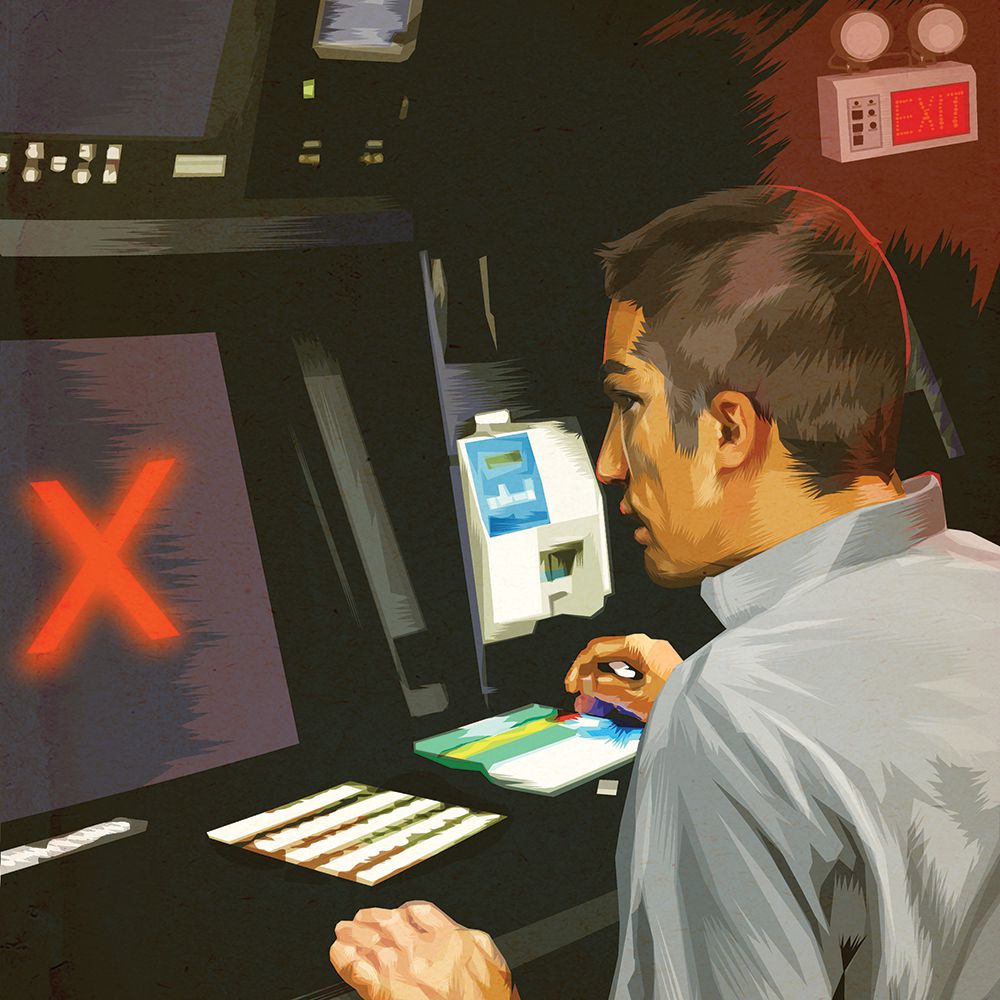 Air traffic controller Ray Smid watched the yellow blips slide across his radar screen. The circles moved in silence, but Smid never forgot that they embodied real aircraft. It didn’t matter if the traffic was big or small. Lives were lost if the blips merged.

It was 5:20 a.m. on Sept. 26, 2014, and while Smid couldn’t see the sunrise from the dim control room at the Chicago Air Route Traffic Control Center (ARTCC), blue sky waited at the end of his shift. Smid had been a controller at the Aurora, Illinois, facility for the past 27 years. Unlike airport control towers, Chicago Center and its counterparts in places like Minneapolis and Indianapolis are housed in nondescript buildings far from runways and taxiways.

Chicago Center (ZAU) is one of the world’s busiest ATC facilities. Smid and 400 other controllers handle 6,300 aircraft per day transiting its massive airspace enveloping parts of Illinois, Indiana, Iowa, Michigan and Wisconsin. The primary challenge is handling “transitions” — aircraft climbing and descending into the ­juggernaut of massive airports, Chicago O’Hare.

“If a pilot detects any kind of hesitancy or nervousness, what are they going to be thinking up in the air?” Smid asks. “They’re going, ‘Do I really want to take this clearance?'”

A controller’s worst nightmare is being cut off from his traffic. Broken radio frequencies silence their voices and those of the pilots above. The airplanes, yellow blips on a screen, keep flying; the invisible airways above are impervious to silence.