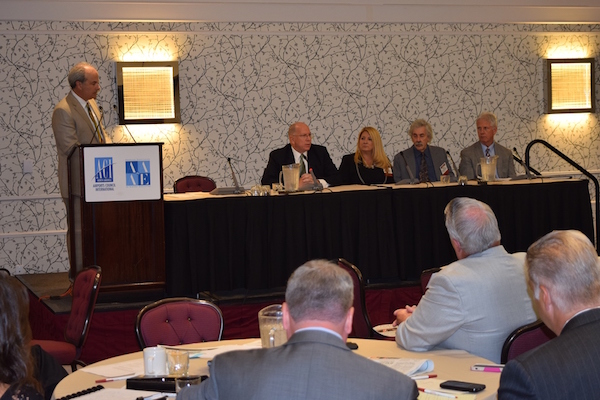 The panelists discussed the potential benefits of having a more productive Air Traffic Organization (ATO) within the FAA. They also discussed how politics and funding are entangled in the ATO policy reform debate.

The recent decision by the House to defer releasing FAA reauthorization legislation until September, at the earliest, has created uncertainty as the debate moves forward.

“We’ve had the opportunity and the luxury to have lived through previous iterations of controversy in the aviation industry, not only around this issue, but many issues,” explained Gilbert. “FAA bills, funding bills, contracting out — you name it, we saw it from a distance, and we were active. We decided that in order for us to really provide a system to those that fly, that is truly the safest and most efficient in the world, we needed to do better at building relationships and not asking for everything that we wanted, but only dealing with the things that were needed to push the system forward.”

Gilbert also explained the struggles NATCA and the aviation industry have faced due to the 23 extensions of the FAA bill, the partial shutdown of the FAA, furloughing of controllers, and the proposed list of both FAA and contract towers to either reduce hours or be shut down.

“We cannot shrink the system,” said Gilbert. “We need to continue to build it up, provide service, and keep it safe.”

Preventing past challenges remains a priority, but the lack of reviewable legislation raises concerns.

Gilbert emphasized that NATCA must see the bill language before taking a position. “The words will matter,” she said, adding that there are things NATCA needs in order to support the bill.