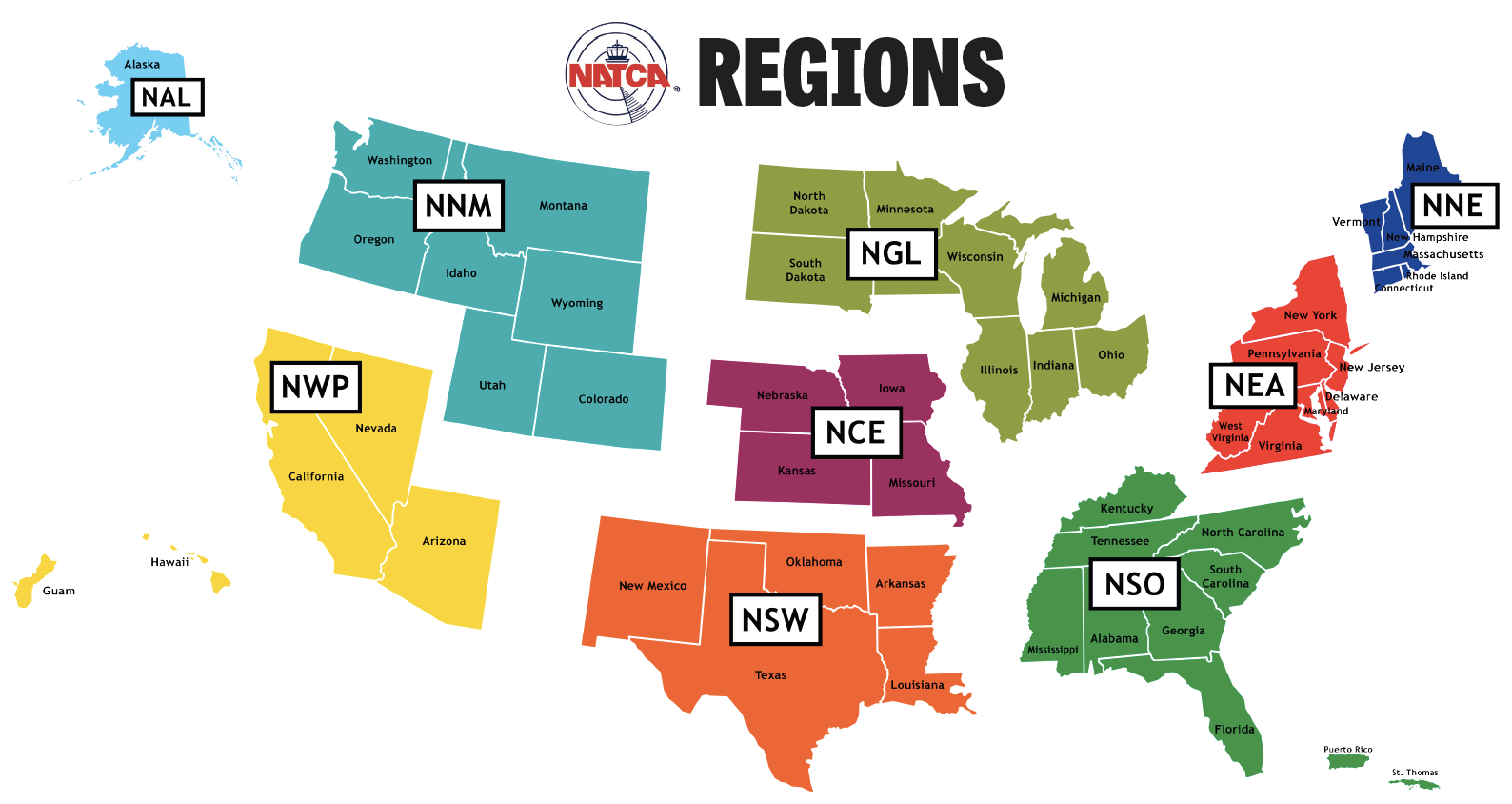 NATCA operates in nine regions, which correspond to the boundaries set by the Federal Aviation Administration (FAA). NATCA’s 10th region, Region X, encompasses the union’s other bargaining units including engineers, aircraft certification and legal professionals. Each region is represented by a regional vice president on the National Executive Board, the union’s governing body. Responsibilities are common to all nine regions, however great leeway is evident in the way they are handled and in individual administrative, management and communication styles. One thing each region does consistently is provide the best air traffic service in the world.

All of the regions are diligent in: