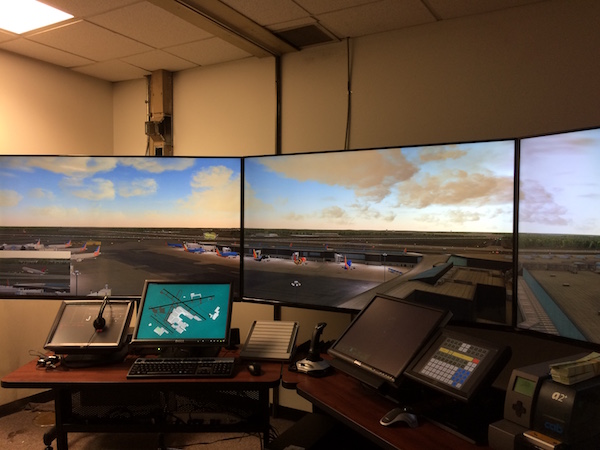 Baltimore Washington ATCT (BWI) NATCA members were nominated for an IHS Jane’s Award for their collaborative work with UFA, Inc. improving runway safety. BWI has been under construction since 2010, and in 2014 began to experience a higher-than-acceptable number of runway safety incidents due to a runway closure, resulting in a National Transportation Safety Board (NTSB) review.

Controllers at BWI took the results of the NTSB review to heart and committed themselves to improving airport safety. BWI along with UFA, Inc., a leading, privately held software engineering firm providing air traffic control tower and radar technologies, worked together to improve the runway safety. Collaboratively, they set out to establish a flexible, site-operated ATTower® Tower Simulator in March 2015 to ensure that runway safety issues were mitigated in preparation for an additional upcoming runway closure.

“The ATTower® simulator was obtained to train controllers on facility specific operational needs,” said Felicia Casale, BWI controller and primary ATTower® Exercise Creator and Remote Pilot Operator. “BWI is undergoing major airport construction which requires the need to close one of our major runways for an extended period of time. This results in a major change to our daily operations.”

NATCA members and UFA, Inc. utilized the creation of rapid airfield database, the flexibility to adjust the airfield when needed, constant coordination, and open lines of communication, and as a result, they saw a substantial and quantifiable improvement in both operations and safety during the course of the runway closure. The simulator also allowed the site to effectively streamline their training because they were not limited by the constraints of on-the-job training. Instead, they were able to use a new, up-to-date simulated airfield to continue their training in their relentless efforts to improve safety.

“The goals that we are achieving through the use of this simulator are leaps and bounds above what we were able to accomplish in the past,” said BWI FacRep John Dunkerly. “Instead of being thrust into an operational situation and attempting to mitigate the changes on-the-fly, we can incorporate more than one aspect of a change in the simulator well in advance of such change occurring.”

For example, when BWI was moving towards the closure date of their primary departure runway, changes to departure procedures were occurring with the introduction of new Standard Instrument Departures (SIDS) out of BWI. In addition to the new SIDS, when changing the departure procedure for aircraft previously assigned a SID, there were phraseology changes that further complicated the situation. There were also changes to the airport layout and nomenclature.

“When you add those multiple changes to the operation all at one time, there are bound to be issues that arise,” said Dunkerly. “With experienced NATCA members working alongside the expertise of UFA, Inc., we were able to incorporate all of these things in our scenarios; thereby providing an opportunity to prepare ahead of time for the multiple changes in a controlled environment. This led to a more confident workforce moving into the runway closure.” 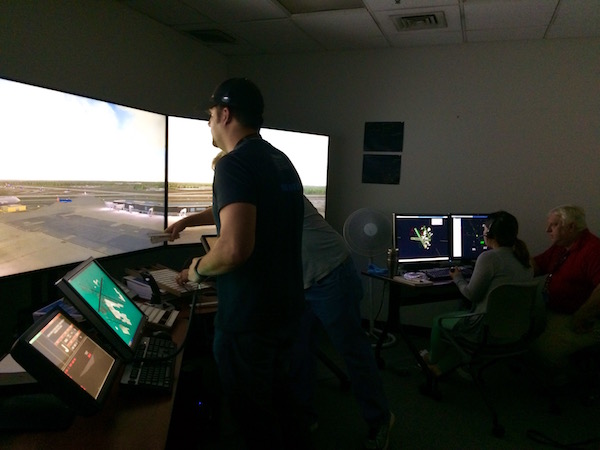 “We continue to run controllers through the simulator as we can pull them from the floor and have made believers out of a few people who in the past have not had what they considered worthwhile training experiences with simulators,” said Mike McCorkell, Lead Training Support Specialist.

In addition to improving runway safety, BWI has been able to take significant advantage of the UFA, Inc. ATTower® simulator to improve developmental controller training. BWI has embraced exploiting the simulator’s capabilities to enhance their training program by conducting on-the-job training sessions followed immediately by a simulation session that recreate actual events that challenged the trainee. Training in this fashion allows the trainer to freeze, rewind, and restart the exercise to make teaching points as necessary, and the trainee witnesses the result of their decisions. This makes for immediate and effective remedial training for any observed problem areas.

Other examples of simulator usage include radar training, traffic call practice, vectoring, and missed approach situations. BWI continues to think outside of the box when it comes to simulator use by using the simulator for procedural testing. The collaborative effort at BWI between UFA, Inc. and NATCA has been instrumental in improving, promoting, and evolving runway safety at the airport.