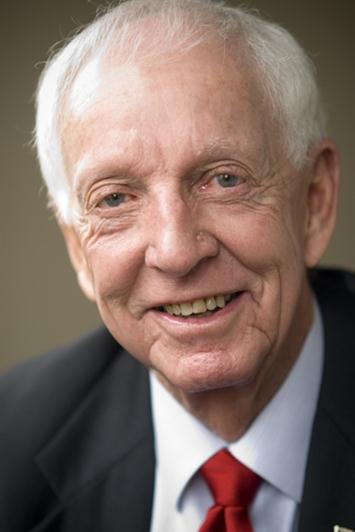 The NATCA Communicating for Safety (CFS) Planning Committee is proud to announce Captain Al Haynes as a keynote speaker for CFS 2016. Haynes will discuss the story of Flight 232.

On July 19, 1989, United Airlines Fight 232 departed Denver at 2:09 p.m. and climbed to 37,000 feet. At 3:16 p.m., the flight notified Minneapolis Air Traffic Control that the number two engine had failed and the aircraft was only marginally controllable. The survival of 184 people in the crash landing of United 232 can be attributed to five main factors: luck, communication, preparation, execution, and cooperation. The crew and passengers were very lucky where location, weather, and time of day were concerned, and the fact that the airplane remained operational was remarkable. Impeccable air traffic control assistance, effective cockpit and cabin crew training, proper inter-communications training among ground units, and proper use of available facilities also made a huge difference. A live drill leading to improvements and better planning for disasters, coupled with thorough training of cockpit and cabin crews, helped prepare everyone for this seemingly impossible task. Most importantly, the situation required a total team effort and complete cooperation from every agency involved, as well as the general public, and everyone responded as his or her training dictated. What appeared to be a non-survivable accident turned into one in which a large percentage of those aboard survived.

Haynes has spoken to over a thousand audiences. Now retired from the airlines, Capt. Haynes’ goal is to educate other pilots, controllers, flight attendants, emergency crews, and emergency planners. His narrative of the “against all odds” crash landing on July 19, 1989, is a tremendous teaching tool.

Haynes was born in Paris, Texas, and was raised in Dallas. He attended Texas A&M University before joining the Naval Aviation Cadet Training program in 1952. He was released from the service in 1956 after serving as a marine aviator. He joined United Airlines that year as a flight engineer, and served in that capacity until his promotion to first officer in 1963. He flew the DC-6, DC-7, DC-8, Boeing 727, and DC-10. Haynes was promoted to captain in 1985 and flew the Boeing 727 and DC-10 up to his retirement in August 1991, accumulating over 27,000 hours of flight time. Haynes has been a volunteer umpire for Little League Baseball for the past 40 years, and a stadium announcer for high school football for the past 35 years. He has given nearly 2,000 presentations, raising money for eight charities while never accepting any money for himself.