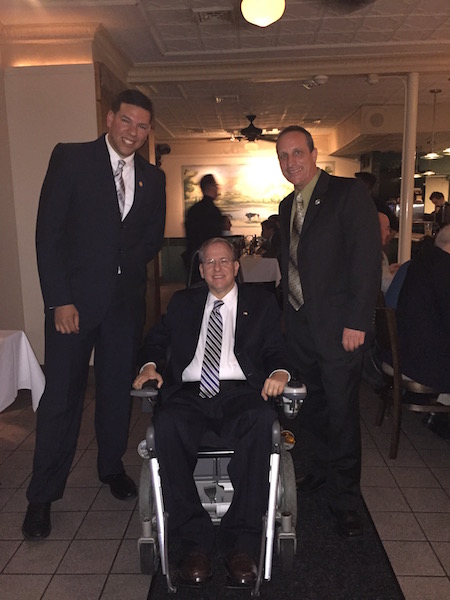 The following Tuesday, Ledesma attended a roundtable discussion with local labor leaders of Rhode Island, hosted by Congressman David Cicilline (D-RI). Here as well, there was a discussion about the current state of Congress and the important issues we face as a nation. This was a much smaller event, which allowed for more conversation. Ledesma represented NATCA at this important and informative event.

“It is participation like this that sets our Union apart in professionalism and impact,” said Andre Jean, NATCA’s New England Regional Legislative Representative. “I would like to thank Juan, Mark, and the rest of our membership for everything you do to set the bar so high.”