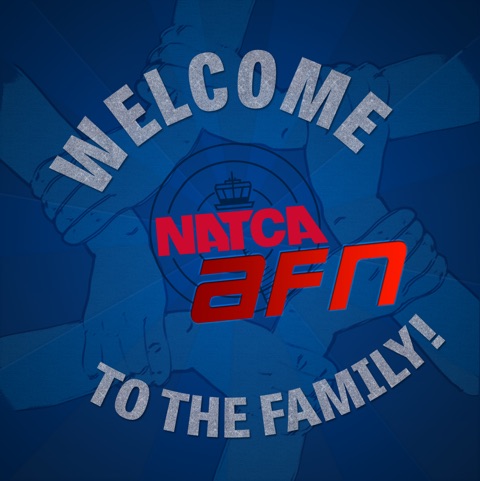 A single, but long anticipated announcement from the Federal Labor Relations Authority (FLRA) Thursday afternoon, Jan. 14, set off a euphoric celebration for NATCA and expanded the Union’s total bargaining unit representation by 6.9 percent.

After a months-long election campaign, culminating a more than two-year-long organizing effort, NATCA won the right to represent the nearly 1,300 employees in the newly-formed AFN (FAA Office of Finance and Management) bargaining unit. The election required a runoff, which NATCA won with over 70 percent of the total returned votes.

“We are ecstatic that the AFN bargaining unit employees have chosen NATCA to represent them in the FAA workplace!” NATCA President Paul Rinaldi said.

NATCA received 420 votes, to 151 votes for the American Federation of State, County, and Municipal Employees (AFSCME). There were also 25 unresolved, challenged ballots returned. Another group of approximately 65 employees designated by the FLRA as professional had already chosen NATCA last September. Those employees also voted to be included in a combined AFN-wide bargaining unit with those whose votes were counted on Jan. 14.

The occasion is a truly historic moment for NATCA and its robust organizing efforts. Since the Union first organized the air traffic controller bargaining unit, this combined unit of 1,263 AFN employees is the single largest addition of bargaining unit employees in NATCA’s nearly 29-year history. NATCA now represents a total of 19,724 employees. That number may grow slightly depending on the outcome of approximately 100 remaining challenged AFN votes. Of the new AFN unit, 381 came into the election having already been represented by NATCA. However, their future union representation was solely determined by this election.

“We are incredibly excited to represent this new unit, and we thank all of our members in all bargaining units and all of our activists for their help in this campaign,” said NATCA Executive Vice President Trish Gilbert. “Through our collective efforts, we demonstrated to these employees why NATCA is the best choice for their career and profession.”

The AFN unit is now NATCA’s second-largest bargaining unit, narrowly edging ahead of the Engineers & Architects (E&A) unit, which represents 1,257 employees. It was 18 years ago last month that E&A employees chose NATCA to represent them in a landmark moment for the Union that brought forth the evolution of Region X. The E&A vote totals were remarkably similar to the AFN runoff vote: 498 E&A employees chose NATCA, representing 78 percent of the total votes.

“This runoff election was one part of a long administrative process, and we are eager for the AFN employees to finally join our NATCA family as members,” NATCA Region X Vice President Mike MacDonald said. “We hope that they will join us. We are now initiating an effort to ask them to join the Union and give us the opportunity to prove they made the right decision by voting for NATCA to represent them.”

National Organizing Committee Chairman John Bratcher said the election result left him filled with pride for both the Union and the entire team of NATCA activists, leaders, members, and staff that made it possible.

“I am amazed with the passion, dedication and talent we have in NATCA,” Bratcher said. “It is times like this that really make me proud of my NATCA Family. I thank them all. Times like this are what makes NATCA the most amazing, effective, and passionate union out there. The employees in AFN and all of the professions we represent are better because of the efforts of each of our activists and members.”