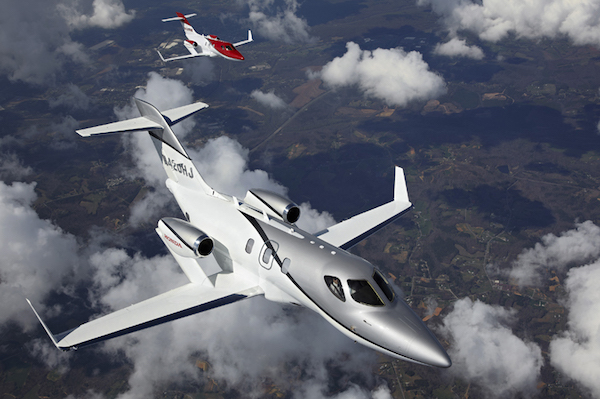 After almost 30 years of development, the Japan-based company, better known for cars and motorcycles, added its lightweight business jet that can transport six-to-seven passengers per flight, plus crew. The aircraft sale price is currently about $4.5 million and will service passengers in North America and Europe.

HACI previously applied for a TC in 2006; they’ve finally succeeded after almost 10 more years of work with the Atlanta Certification Office (ACO). The project demanded that HACI employees increase their knowledge within the aviation field and gain a new understanding of the regulatory requirements and certification processes in order to introduce an acceptable, safe aircraft into the National Airspace System (NAS).

When the project twice exceeded the timeframe set by the Federal Aviation Administration (FAA), the Atlanta ACO granted extensions both times in order for HACI to finish the project. HACI received the extensions because the company was the first applicant that needed to satisfy new amendments to the certification process on jet-specific performance standards for their aircraft. A huge factor in the success of the project was the collaboration among AIR’s Atlanta ACO, Atlanta Manufacturing Inspection Office (MIDO), the Small Airplane Directorate (SAD), AFS’s Aircraft evaluation Group, and HACI.

“We spent a lot of time working collaboratively,” explained Atlanta ACO-based program Manager and NATCA lead engineer on Honda Jet TC Donald Young. “That ensured that the processes Honda developed and implemented worked for everyone — the FAA and Honda.”

In the next year the HA-420 will need to be issued a Production Certificate, led by the Atlanta MIDO, and receive validation by the European Aviation Safety Agency (EASA), which is anticipated in March 2016. HACI has already received orders for more than 100 airplanes and production will be launched at HondaJet’s manufacturing hub in Greensboro, N.C. The HA-420 is expected to be the first in a line of aircraft from HACI.