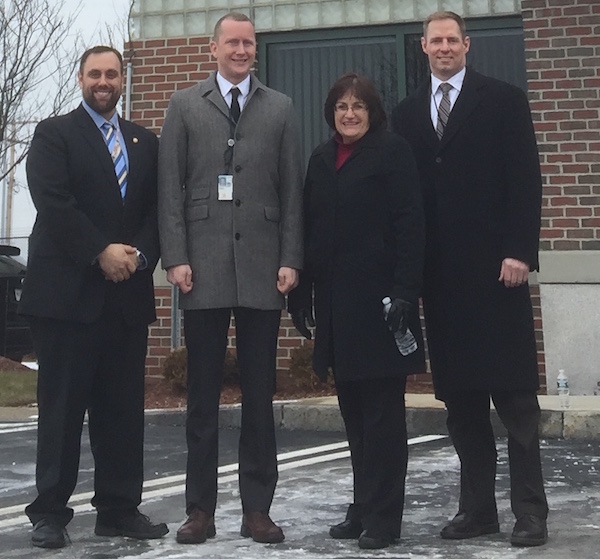 Jan. 22, 2016 // Photo Album: Manchester, Boston, Atlanta, Indiana: See all the places NATCA is making a difference in the country this week.

On Jan. 15, NATCA hosted a tour of Manchester Tower (MHT) and Boston TRACON (A90) for Congresswoman Ann Kuster, D-NH-2. Both tours went very well and the Congresswoman said she had a great time.

Atlanta Center (ZTL) celebrated the career of member Carlos Iturbe who retired Dec. 31, 2015. He is pictured below with ZTL member Kristin Lonergan. 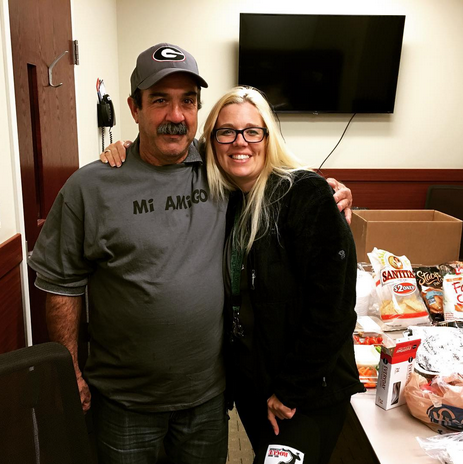 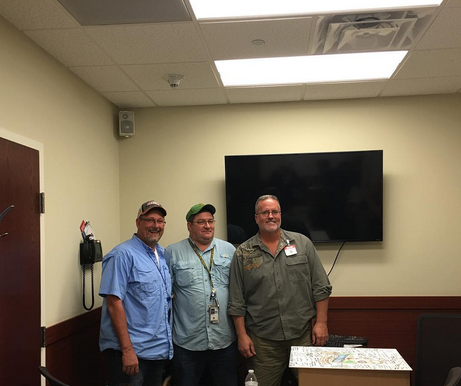 Indianapolis Center (ZID) celebrated retiring member Rick Young. He turned 70 in November and decided it was time to “call it a career.” Young’s last day at ZID was Jan. 8. ZID held his retirement celebration at Tavern on South on the evening of Jan. 9. They had a large turnout of both active and retired ZID personnel. He is pictured below (left) with ZID FacRep James Larson. 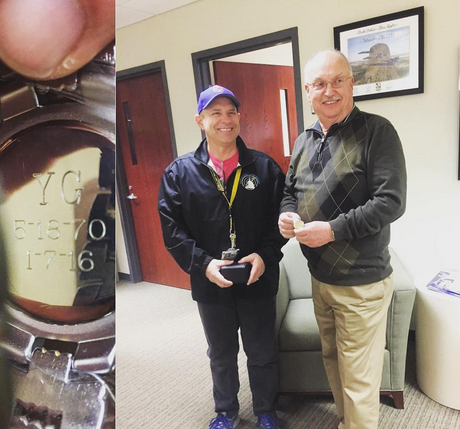 ZID featured the following in its newsletter last year to commemorate Young’s 45 years of service:

“I have never worked a day in my life…”

What do you do when you’ve been controlling air traffic for 45 years? You keep on keeping the skies safe.

Richard Young, Air Traffic Controller for the Indianapolis Center, ZID, celebrated 45 years as a controller on May 18, 2015. Richard started at the FAA in May of 1970, after serving three years in the Army.

When asked how a young man from Milwaukee ended up in Indianapolis, Richard said “rather than wait to be drafted, I signed up for a three-year stint with the Army and was allowed to select my MOS (Military Occupation Specialty) and I chose Helicopter Maintenance.”

While waiting to attend helicopter maintenance school, Richard and 99 other soldiers were given the opportunity to attend Air Traffic Controller School at Kessler AFB in Biloxi, Miss., due to their high scores on an aptitude test.

The Army was graduating 30 air traffic controllers a week from Sept. through Feb. in 1967. Those with last names starting with A through G were sent to Vietnam while H through Z were sent to Germany. In Germany, Richard was an air traffic controller in a small unit on the Czechoslovakia border before being sent to Vietnam for the last 13 months of his time in the Army.

After returning to the states, Richard saw a television commercial asking military veterans with air traffic controller experience to call the FAA because they were hiring. Richard called the FAA and was offered a job in Minneapolis, Chicago or Indianapolis. He chose Indianapolis because it had the warmest climate and the Indianapolis 500.

Richard started work at ZID on May 18, 1970. Upon his arrival, he was pleased to find several of his fellow controllers from the Army were already working in Indianapolis.

Richard’s 45-year anniversary was marked with a plaque from Acting Air Traffic Manager Kim Kelly, a plaque from the NATCA FacRep Jim Larson, and a proclamation from U.S. Congressman Andre Carson acknowledging his service in the FAA.

After eight Presidents, 16 FAA Administrators, and numerous Indianapolis Center Air Traffic Managers, Richard Young is still controlling traffic. Richard stated “if you find a job that you love, you will never work a day in your life, and I have never worked a day in my life.”

After the festivities to celebrate his 45 years of controlling air traffic, Richard went back down to the control room and plugged in.