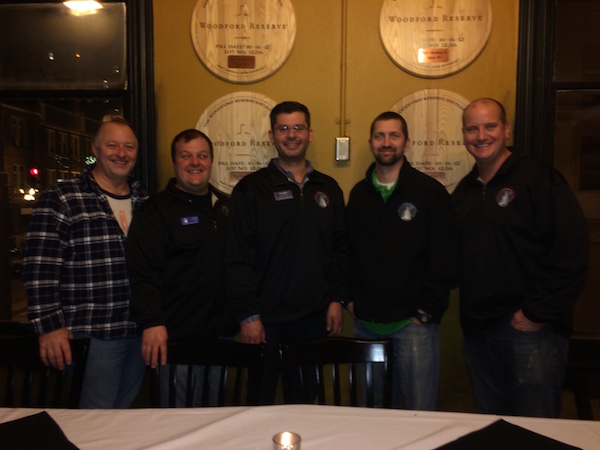 Feb. 5, 2016 // Photo Album: Duluth, Charlotte, Boston: See All of the Places NATCA is Making a Difference in the Country this Week

A recent NATCA solidarity event in Duluth was a great success. Though the temperature in Duluth at a frigid negative 18, 20 Minnesota air traffic controllers and their significant others still attended. The event was supported by the NATCA Legislative Committee, NATCA Duluth (DLH), and Minneapolis Center (ZMP). Great Lakes Regional Vice President Bryan Zilonis attended the event and discussed issues NATCA and its workforce face regionally, and nationally, and how those impact DLH. NATCA Reloaded Representative and Chicago TRACON (C90) controller John Riopel spoke about NATCA Reloaded with the group. Controllers in Duluth had many questions about what the future holds for our union and how they connect with it.

The mayor of Charlotte, N.C., Jennifer Roberts, visited Charlotte Douglas (CLT) last week. She was particularly impressed with the large volume of traffic the facility handles despite their limitations due to ramp repaving. Mayor Roberts is pictured below (center) with CLT FacRep Anthony Schifano (left) and CLT Vice President Chris Riddle (right). 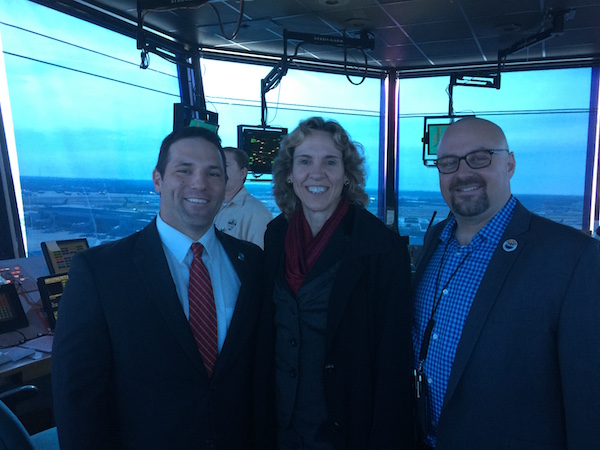 Once again, controller Cynthia Mahafkey Fitzgerald of Boston Center (ZBW) is on the Snowboarding podium at the International Air Traffic Controller Ski Cup Golden Flight Level (GFL). This year she moved up in ranking to the number two position in her division, Women’s Super Senior. This year, that included women born after 1972. Although this is her second time on the podium, she is the only person from Team U.S.A. to ever medal at GFL in its 41-year history. Congratulations Cynthia! Cynthia is pictured below (right) with her fellow competitors. 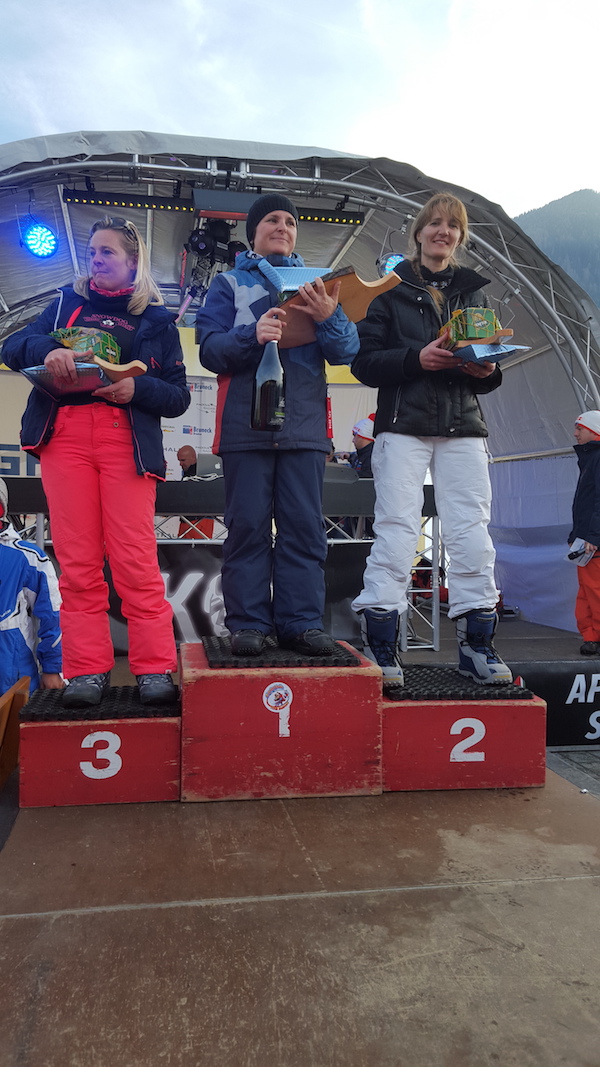