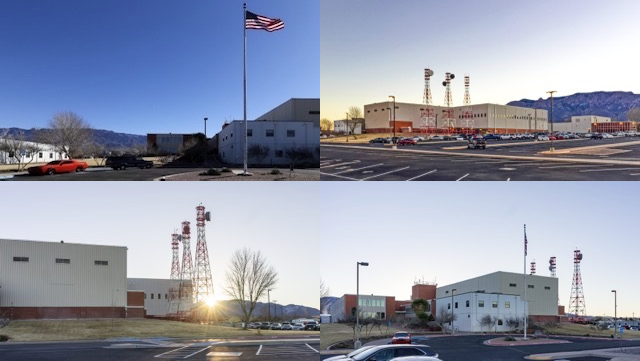 The extensive mountainous terrain surrounding the airspace sets working traffic at ZAB apart from other facilities. This makes the weather unpredictable, with controllers and aircraft sometimes seeing all four seasons in a single day. ZAB’s close proximity to military bases also sets it apart. Controllers can be on a need-to-know basis with secret military operations to ensure the airspace is safe.

“Our airspace is heavily vested with restricted areas and special use areas,” explains FacRep Mike Meredith. “Additionally, due in large part to the weather in Arizona, we have extensive military and civilian parachute activity and are constantly involved in the activities in and around the White Sands Missile Range. This used to be a alternate landing area for the space shuttle, but is now primarily used for testing ordinance and rockets, as well as testing for new space travel.”

Special events that effect workload at ZAB include NASCAR and other major sporting events like the Super Bowl, NCAA tournaments, and the infamous Barret Jackson Car Show hosted in and around Phoenix. Albuquerque also hosts one of the largest glider faces and fly-ins in the world.

Regular business meetings are held at ZAB, and members are always looking for ways to participate in activities as a group away from the facility to encourage solidarity.

“The atmosphere is good and improving,” says Meredith. “We have a fantastic, smart, and diverse e-board who are collaborating on everything they can get their hands on. We have also seen our membership slowly rise with the onset of recent retirees.

“The best part about being the FacRep at ZAB is the ability to represent such a diverse work force and keep the operational environment healthy by keeping labor issues out of the control room so controllers can come to work and do their jobs without the distractions the Agency so routinely used to proffer,” continues Meredith. “I also get the opportunity to train and mentor the next generation of NATCA Reps and employees on how important our Union is, how great NATCA is at protecting their rights as federal employees, and how to find a way to make a no into a yes.”