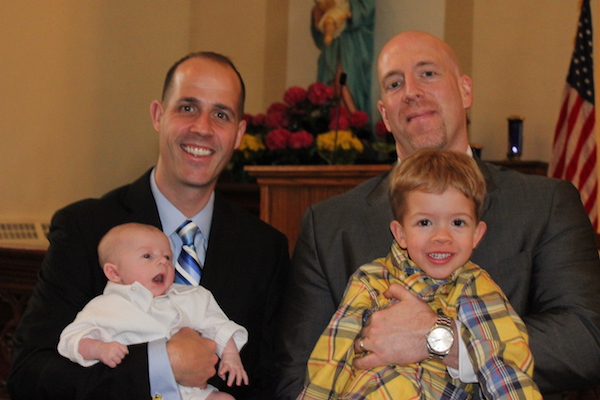 And three of them – Jim, Brian, and Mike – are still in the field for the good of the National Airspace System.

Jim, uncle to Brian and Mike, eclipsed 42 years of service this month and leads the Hanlon family in tenure. A support specialist for training at Fort Worth Center, Jim filled his current position when he was forced into retirement under the FAA’s mandatory separation rule, after 31 years as a controller and manager. He spent his first 20 years at Cleveland Center, where Brian and Mike currently work.

Brian is the center’s Traffic Management Officer, and Mike is the NATCA Great Lakes Legislative Chair. They remember in their childhood when they came to believe their father, Mike Sr., who worked as a controller and manager at Cleveland Center for 34 years, “got paid to play video games.” They wanted to do the same thing for a living and made it happen. Now they understand that directing flights through some of the world’s most complex airspace is not a game but instead a safety-critical job.

Brian and Mike work alongside each other today the same way Jim worked with his brother. Jim and Mike Sr.’s father, John, instilled in his sons the same kind of love for aviation. John Hanlon, following his service in World War II, worked for the Civil Aeronautics Authority, and subsequently the FAA, as a radar technician and then as the director of airway facilities in the Cleveland area office. Jim remembers his father taking him and his brother to various airports, where they got an inside look at air traffic control operations.

“It’s a job you have to want to do to be good at,” Jim said. “Mike (Sr.) and I both enjoyed it growing up with my dad. Now Mike’s boys are carrying it on, and hopefully my great nephews and nieces will continue it on.”

Brian has been an inspiration for his seven-year-old son, Noah Wrigley, the way his father was for him. Noah loves aviation so much that he cried when he left the Command Center in Warrenton, Va., on his first visit. Mike has a three-year-old son, Jack, and a five-month-old daughter, Maggie. Only time will tell if they join the Hanlon lineage of air traffic professionals.

“It’s been great because you can tell the passion was instilled in us at a young age the same way my son has been,” Brian said. “And it’s great to go to work where you see your dad and your brother.”

Mike said he, too, will open the door for his children to see the opportunities and possibilities in the profession. He and Brian always knew that their father was more than satisfied with his career. He came home from work a happy man. (Who wouldn’t be happy after playing “video games” all day?) That was a major inspiration for his sons. Both of them worked with their father for a of couple years before he retired 11 years ago. He showed them the ropes when they were just getting started.

“There was no clear avenue to this profession and there wasn’t one until my dad found out about Minneapolis Community Technical College (MCTC) in Minnesota, which is what kicked it off for my brother and then for me,” Mike said.

For all the Hanlons in air traffic control, a childhood dream became a reality.

“I consider myself one of the few that gets to be what they wanted to always be,” Jim said. “It’s a dream come true.”