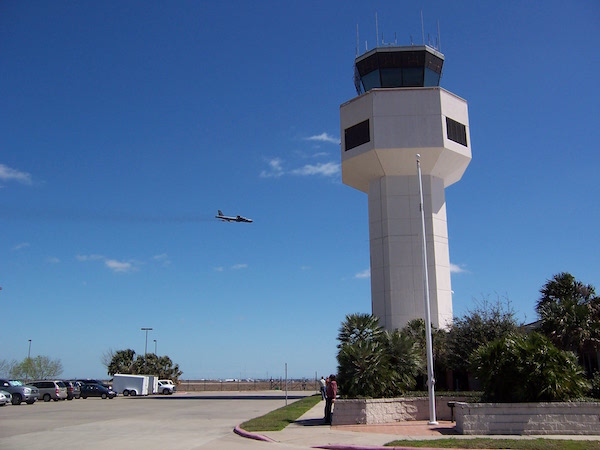 Corpus Christi ATCT (CRP) is a level 9 facility, home to 27 dedicated NATCA members. The current facility was commissioned in 2001, but the airspace configuration was established in the early 1990s when CRP took over the valley airspace. CRP works traffic from the Mexican border to 140-miles to the north.

“This collaboration with the Navy really sets CRP apart from other facilities,” explains FacRep Evan White. “Because they are a training facility, these practice approaches are really the bread and butter of the operation at CRP. At most facilities, controllers working approach will tell the aircraft, ‘Expect the (insert approach)’, but Corpus says, ‘Say request.’”

CRP controllers’ dedication to safe Navy operations doesn’t end with training exercises. NGP and other nearby Navy bases regularly have air shows in the springtime. Soon, the area is going to be home to the Space X Spaceport near Brownsville, which will only add to the busy and diverse airspace.

“We are a very young local,” explains White. “Educating new members about what the Union does for them and how we can be active has been the best part about being FacRep.”

In the future, CRP hopes to host an annual fly-in. They had one scheduled at Mustang Beach airport last year, but it was unfortunately cancelled due to Hurricane Patricia.