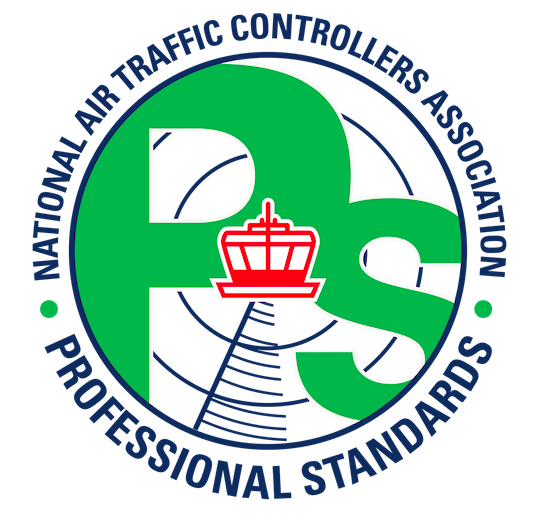 The first recipients of the NATCA National Professionalism awards will be honored at this year’s Communicating For Safety (CFS) conference.

“This is an award that has been many years in the making,” said Garth Koleszar, one of NATCA’s Professional Standards Program (PSP) leads. “Professionalism is something that we do every day and now we have a chance to recognize several individuals who exemplify that professionalism in everything they do.”

The goal of the Professional Standards program is to maintain and promote professionalism across all of NATCA’s bargaining units. Award recipients have achieved this through a commitment to safety and the public trust. They work each day to inspire, motivate, and provide personal examples of their professionalism to others, and to maintain the highest standard of excellence. Their actions represent all of their fellow professionals and their work brings honor and respect to all that NATCA members do.

Nearly 50 individuals were nominated by their peers for this award. “Making a selection was incredibly difficult,” stated Andy Marosvari, National PSP team member. “There are so many professionals out there. I wish we could have recognized each of them.”

The Professional Standards Program leads will award one recipient from each service area at CFS:

Mr. Rossmango has over 26 years of experience as a controller at ZLA. He is a sought after on-the-job-training instructor and continues to set the bar high for the individuals he instructs. In 2015, NATCA ZLA bestowed Mr. Rossmango with the facility’s “Controller of the Year” award. His everyday actions have established him as a mentor not only for the controllers he trains, but also for all the controllers who work beside him.

Mr. Clark has been at MCI since 1996. Since then, he has been a team lead at EAA OshKosh AirVenture and has worked Sun ‘n Fun, and aviation education fly-in and expo. His co-workers say they have “not seen his knowledge or passion for air traffic control exceeded.” He mentors others, accepting nothing but the best, and demonstrates a professional commitment of performing at 100 percent every day. He is consistently the first available and the last to leave the room. His drive and focus have truly created a professional environment that is taken to heart by his fellow controllers.

Mr. Fournier arrived at ZME in 1988, where his peers immediately recognized his professionalism. He has been described as an “inspirational, dependable, meaningful, and adaptive leader,” by the numerous testimonials submitted on his behalf. He has demonstrated respect, integrity, knowledge, honesty, and professionalism each day he was on position through his retirment on Jan. 31, 2016.

“Dave is like the professional athlete that makes everyone around him better,” one of his co-workers writes. “He is the baseball pitcher that keeps working the batter during an extended inning at bat, and does not stop or quit until he has that final out. Of course in this scenario, David’s final out is to bring the utmost professionalism no matter the circumstance, and to hopefully spread that to as many people as he possibly can.”

“These individuals are professionals that we can all learn from,” stated NATCA’s Professional Standards Program co-lead Jeff Richards. “They are an example of what makes us great.”

Please join us in recognizing these first recipients of the NATCA National Professionalism Award at Communicating For Safety 2016, March 21-23. Stay tuned for coverage of the award ceremony in a future NATCA Insider.