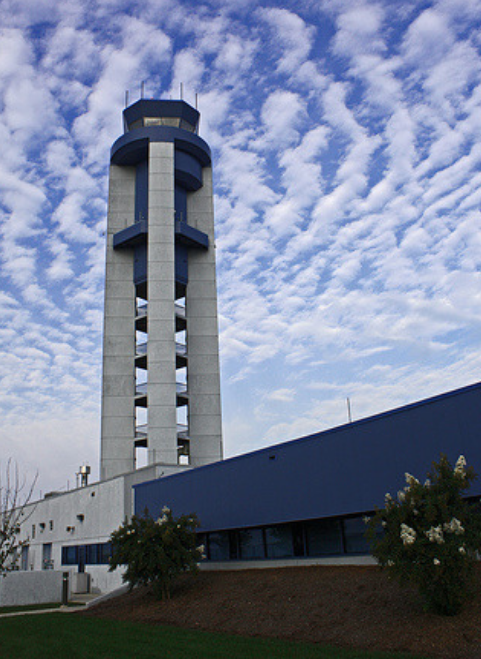 ROA Tower provides services to the Roanoke-Blacksburg Regional Airport. The TRACON provides approach control services at or below 10,000 feet, to airspace within approximately 5,000 square miles of southwest Virginia, including the Lynchburg Regional Airport and eight non-towered, satellite airports. The western boundary begins near the Va./W.Va/Ky. borders and extends eastward about halfway across Va., towards Richmond. The northern boundary begins just south of Lewisburg, W.Va, Hotsprings, Va., and Charlottesville, Va. It terminates to the south along the Va./N.C. state line.

ROA works with several sectors of Washington Center (ZDC), as well as Atlanta Center (ZTL), and Indianapolis Center (ZID). The facility also borders Potomac Consolidated TRACON (PCT) approach to the northeast, and Greensboro ATCT/TRACON (GSO) approach to the south-southwest. The only other towered airport underlying ROA’s airspace is Lynchburg (LYH) Federal Contract Tower. Controllers interact frequently with ATC at LYH due to a high volume of flight training at Liberty University, one of the largest collegiate flight training programs in the country.

At ROA the controllers work with varied traffic, ranging from regional airliners – CRJs, E145s, DH8Cs – to business jets, to many small, single, and multi-engine trainers. ROA approach communicates with a lot of students connected to the Liberty University training program. There are several helicopters based on or near ROA connected to medevac operations or businesses in the area. Venus One (off duty Air Force One) also occasionally visits for practice approaches and pattern work.

One of the most unique things about working at ROA is the fact that controllers still work a non-radar sector. Due to the location of the radar on the airport at ROA, and the rising terrain west of the field, they have very poor radar coverage to the west and northwest. This makes for lots of coordination. Depending on where aircraft are arriving or departing from, controllers may have to request multiple blocks, relay approach clearances, or coordinate manual or non-radar handoffs.

The terrain around Roanoke provides other challenges as well, especially during marginal weather. The relatively high minimum vectoring altitudes make it difficult to descend inbound aircraft to a position where they can see the field and conduct a safe visual approach. For small aircraft in the winter, many pilots worry about icing issues as they are forced to climb higher over the mountains.

“Most of the time at ROA we have steady, predictable traffic, but on Saturdays (and a few nights a week here and there) in autumn, it is like a completely different facility,” explains FacRep Diana Beard. “Virginia Tech/Montgomery Airport (BCB), one of the satellite airports to the west of ROA, serves Virginia Tech, and traffic ramps up for their football games!”

This non-towered airport, with no radar coverage below 6,000 feet, receives back-to-back arrivals and departures for several hours before the games begin and after they end. To add to the complexity, aircraft types range from a C172, to a PA44, all the way up to an LJ35 or C750. If the weather is bad, aircraft on approaches into BCB conflict with the Localizer Type Directional Aid (LDA) approach path into ROA.

“The NATCA atmosphere at ROA is gaining momentum,” says Beard. “The last few years there has been an influx of new controllers, and with that, a growing interest and participation in NATCA. For many years our E-Board was made up of veterans and that responsibility is starting to be handed down. This is also true of supporting NATCA roles and other local involvement, such as participation in workgroups.”

Solidarity events at ROA include the annual NATCA Christmas party and several cookouts a year at members’ houses.

“We are proud to have 100 percent participation in NATCA at ROA!” Beard says. “We are sending two of our members to Communicating For Safety and I’m hoping to be joined by at least one other member at the Convention this summer in San Diego.”

“The best part of being FacRep at ROA is that I like helping people, and I believe this puts me in a position to do that,” continues Beard. “I also like to get people involved and have been pleased with controllers stepping up!”