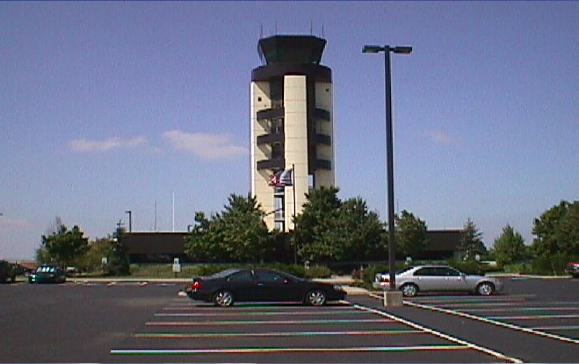 There are 30 active NATCA members at Allentown ATCT/TRACON (ABE). The level 7 Tower/TRACON was commissioned December 10, 1995. Controllers at the facility work a Class C airspace — surface to 8,000 feet — with the facility’s airspace surrounded by New York TRACON’s (N90) airspace to the east, Philadelphia’s (PHL) airspace to the south, Reading’s (RDG) and Harrisburg’s (MDT) airspaces to the West, and Wilkes-Barre’s (WBW) airspace to the north.

“One thing that is different about our facility is that a lot of our traffic has to be delivered on very specific routes and altitudes to both N90 and PHL,” explains FacRep Jeff Haslett. “Additionally, our airspace is limited and with the mix of traffic that we get, that can make things interesting when trying to accommodate pilots’ requests.”

ABE has hosted several air shows over the last couple of years sponsored by the Sands Casino in Bethlehem. There is also an annual music festival (Musikfest) in Bethlehem, Pa., which increases traffic. The Pocono raceway is not far to the north of the facility and several race teams use ABE while the Pocono 400 is underway.

“The atmosphere at Allentown is relaxed, in a word,” says Haslett. “On position, it is all business but we do have fun while not plugged in. I am new to being FacRep and I look forward to being able to protect the members in my facility and also to have a voice at the table for the changes that will come.”